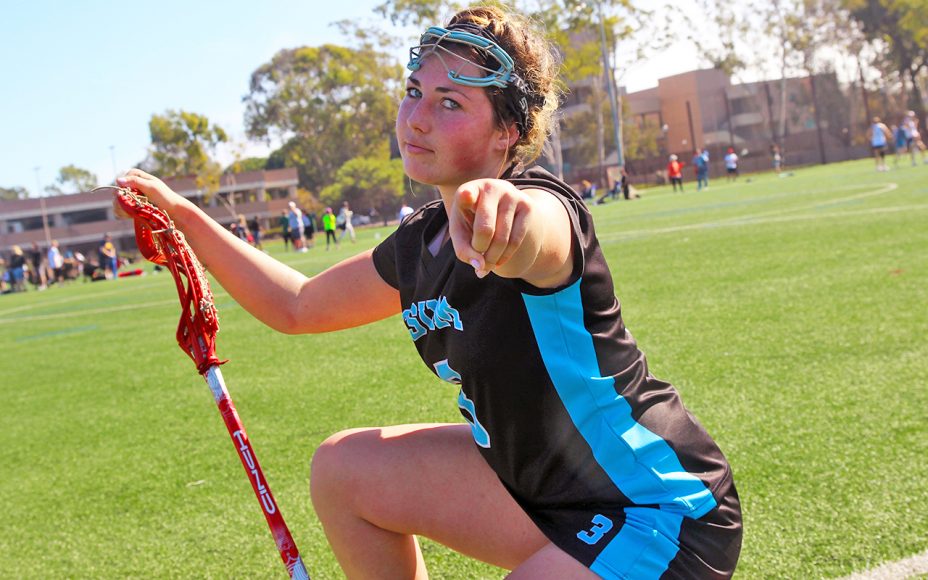 A report on Saturday scores for collegiate and high school women’s lacrosse at the Santa Barbara Shootout are here on MaxLaxOC.com.  High school play started yesterday.  Bracket results for those games are also shown here.

“I have a young team,” Says San Clemente and Tritons Club Head Coach Josh Cain, “They show a lot of ability and potential.  I can’t wait to see how they grow between now and the end of season.”

The Tritons are 0-2 in the tournament, but have had a winning experience with their second #SBSHOOTOUT experience.  Speaking of last year at Santa Barbara, Coach Cain says, “It was a lot of fun.  The level of play was really competitive, which helps players to see good teams.  Especially before season, the Shootout helped them notice strengths and weaknesses of our team.”

The Santa Barbara Shootout is the 28th annual event with a record number of 84 women’s lacrosse teams competing.

Of the WCLA DII club competition, Cal State San Marcos is undefeated, with a whopping 16-1 victory over Humbolt on Saturday.  Team leadership is spread wide across their roster from seniors like EDHS alum Nicole Robertson to ETHS alum and freshman, Madison Larsh (pictured above).  The Cougars take on Stanford Club at 2:00PM today. @Maxlaxocgirls will live tweet the game.

Scores for all Saturday games are below, along with LaxPower.com rankings.  Tune in to @maxlaxocgirls on Twitter for live updates on high school bracket play.