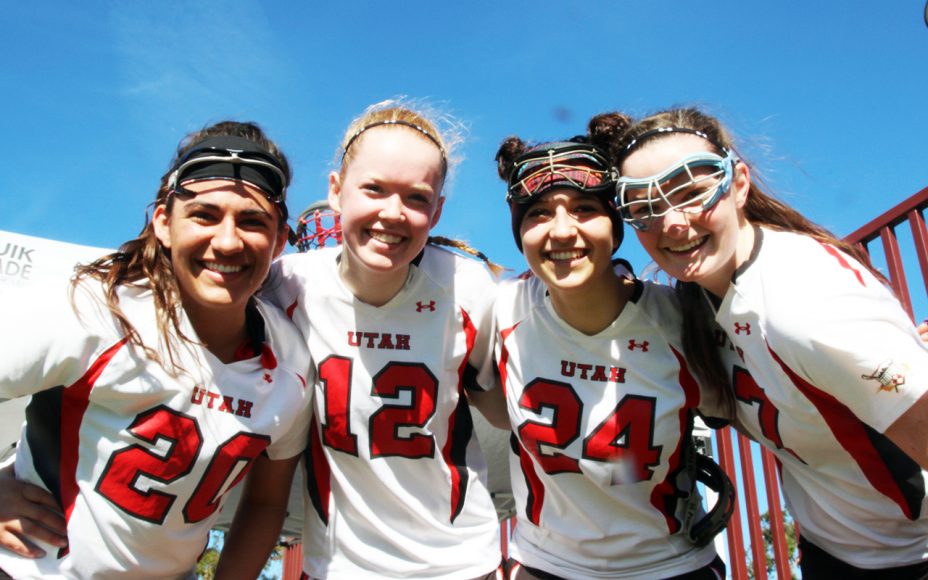 “Guys, bring your sunscreen,” Cal Poly Team B Captain and El Toro HS ’12 alum Erin Griffin told her team before the #SBSHOOTOUT.  Griffin and the Mustangs enjoyed a Santa Barbara weekend of a 75 degree temperature average, delicious Isla Vista cuisine, and reunion with old high school teammates– all while earning a 4-1 Shootout record.

Griffin recalls their 22-1 victory over UCI B: “It was a really long tournament for us with five games, but it was really fun.  The highlight was when every teammate scored against UCI.  As far as all tournaments, the Shootout gave us an opportunity to really live with our team and learn about each other to become more cohesive.”

Allison Hawkins, sophomore midfielder for Pittsburgh Women’s Lacrosse, told MaxLaxOCGirls, “We came to Santa Barbara this weekend for the Shootout and had a great time! Our team definitely loved viewing your posts on social media to keep up with scores and what other teams were up to! MaxLax took some team photographs of us right after our huge [11-9] win against Texas, so our team is dying to see the pictures and how we celebrated!”

Pittsburgh and a complete family tailgate travelled to California for a Shootout experience much warmer than the 35 degree weather of Pennsylvania.  The Pittsburgh Panthers came away with a 3-1 record.

UCSB Sport Club Student Manager K’Ehleyr McNulty was crucial not only to the volunteer management of the #SBSHOOTOUT, but also its MaxLaxOCGirls coverage as well.  This multi-sport Gaucho studies Paleobiology while she ensures the success of sport events like the Shootout.  One of her volunteers, Himangshu Chowdry, watched women’s lacrosse for the first time this weekend.

“I think it’s a very interesting sport!  I was engaged in the games, especially the college ones,” Chowdry said.  He also recalls working with USLacrosse officials: “Most of the referees were very chill.  In one of the games, I saw some conflict between refs and a coach.  The refs handled that pretty well.”

In epic games like the U15 girls final between Vikings Lacrosse (Santa Monica, CA) and Hewes (Foothill, CA), good refereeing and coaching was paramount.  This final game seemed to be won by Hewes until the last 7 minutes of the second half, when the Vikings came from behind with strong defense and impressive offensive push.  The Vikings fell 6-7 in a tight loss ending with attacking ball possession.  Hewes took the bracket championship.

Remembering this epic final game between U15 @VikingsLacrosse and Hewes. #wow #SBSHOOTOUT

Griffin says that she met up with several former teammates and friends at the Shootout.  Fellow El Toro HS classmates Emma Kirker and Madison Larsh played there with Cal State San Marcos.  The CSUSM Cougars went undefeated throughout the weekend and are now ranked first in the Western Women’s Lacrosse League Division 2 South Conference.

Cougar center, junior Kaylee Crivello from San Marcos High School in San Diego said, “So far, I would say I’m grateful that our team has come together.  We have a lot of really great talent.  Emma and Madi [Larsh] on the circle support me as two strong players off the draw.  We all mesh so well together and that’s what I think has finally earned us this undefeated record.”

Cougar, Panther, Mustang, and all teams’ final day scores of the #SBSHOOTOUT are below, as well as WCLA Division I and II rankings from LaxPower.com.  After the Santa Barbara weekend, Virginia Tech is No. 1 for Division I.  Division II Denver Club dominated almost every Shootout game with double digit scores and an undefeated record.  They now lead their division.

“I know I am speaking for my whole team when I say how much we look forward to traveling to the SBSHOOTOUT each year,” Hawkins told MaxLaxOCGirls, “Mostly for the competitive lacrosse atmosphere but also the amazing weather especially compared to the cold and snowy Pittsburgh. This year there were a lot of close games, so I can’t even imagine what the rest of season has in store! I am very excited!”