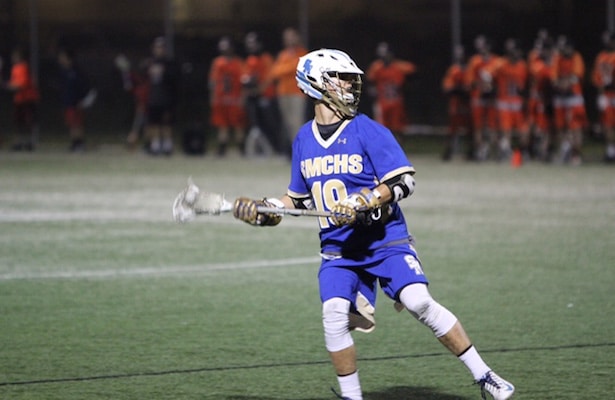 Santa Margarita Catholic High School began the 2016 season with an 11-3 road win over El Toro. The Eagles jumped out to a 4-0 lead before El Toro clawed their way back, and closed the gap to 5-2 at halftime. That was as close as the Chargers got tough. El Toro could not slow down sophomore Quentin Buchman (5 goals, 2 assists) or solve the Santa Margarita defense that allowed only four shots on goal in the second half. As a result, the Eagles outscored the Chargers 6-1 in the second half.

Buchman’s seven points led the Eagles. Logan Dochterman and Zach Taylor each finished with a goal and two assists. Freshman Jack Allender, Jack Fisher, Shane Cobb, and Parker McFadden all found the back of the net once to complete the Santa Margarita scoring.

Sean Collins, Brandon Piovan, and Edward Eisenhower scored the El Toro goals.  Parker Matthews had an assist. El Toro’s sophomore AJ Sherer made some great saves between the pipes and kept the game from getting out of hand.