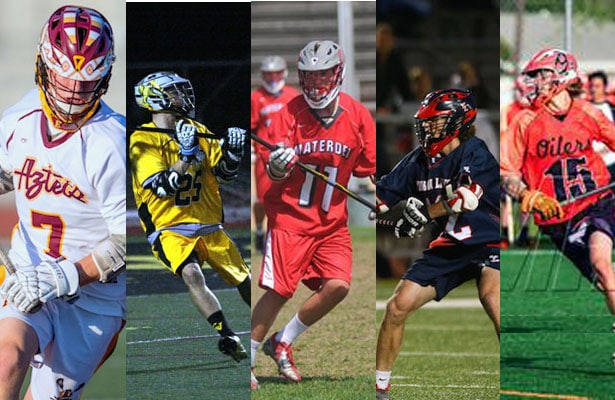 With the 2016 high school season just two weeks away, we’re kicking off the boys preseason Top 20 rankings. We are trying something new this year; we are going to let the fans vote to determine the MaxLaxOC.com Top 20. These pre-season rankings were determined via a voting process that included various friends of MaxLaxOC with knowledge of lacrosse in the area. After the first full week of play, we will open the polls to everyone and let the fans determine the Top 20.

Be advised that the MaxLaxOC.com Top 20 has no bearing whatsoever on playoff seedings.  The first US Lacrosse/coaches’ poll, which will factor into playoff seedings will be released the week of March 28.

“We graduated 13 players last season and the competition to fill those roles has pushed this squad to improve everyday. With a talented group of seniors and huge sophomore class our goals in 2016 are to win our league and return to the playoffs.”

“Every game on our schedule is big this year. We had the boys put in a ton of work this off-season and have seen improvement but most importantly were really enjoying the few hours we get together each day. We’re all buying in and playing for each other which is exactly what this team needs to be successful this season.

“Super excited about our coaching staff this season. We have 5 coaches between the two teams who have all played for incredibly intelligent and successful coaches at the collegiate level. Each of us offering a taste of our own lacrosse experiences to create a powerful mold for the upcoming season.”

“We have 2 returning seniors out of 4 total. We are carrying 3 Freshman and 7 sophomores on our roster out 19 total. Being an extremely young team, I do expect to be competitive in all of our games. I am hoping that we improve each game and grow stronger as the season progresses. Our goal is to win a 4th straight Century League Championship and head into the playoffs.”

“This year’s team has been working since the first day to rebuild and refocus.  The coaching staff has implemented a focused practice plan each day to refine our skills.  Practices this Spring have been intense and the competition is evident each day.  We are fortunate to have bunch of guys who have bought into our vision for the year.  With vacancies left by the graduated leaders from last year’s team, there are a core group of seniors, juniors and sophomores ready to take on the additional leadership roles.

Each and every game is important this year.  Sunset league is always a tough test with the skills and depth within this league.”