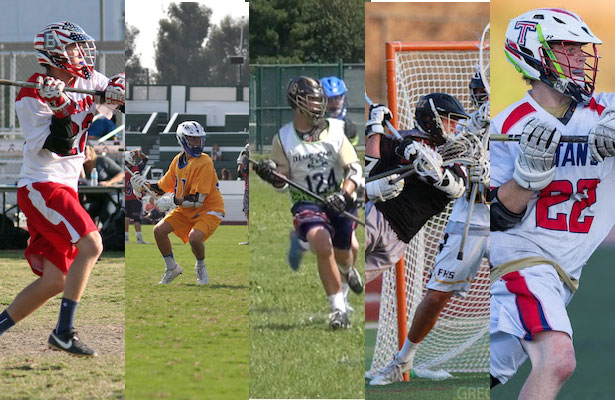 As a reminder, these pre-season rankings were determined via a voting process that included various friends of MaxLaxOC with knowledge of lacrosse in the area. After the first full week of play, we will open the polls to everyone and let the fans determine the Top 20. The MaxLaxOC.com Top 20 has no bearing whatsoever on playoff seedings. The first US Lacrosse/coaches’ poll, which will factor into playoff seedings will be released the week of March 28.

This is for sure a rebuilding year for JSerra lacrosse. We are hoping for strong play from our Seniors and for younger players to step up in roles to help the team.

With six captains whose ideals reflect that of the Servite mentality to become “Faith Filled Leaders”, the program has been lifted to a new level of competition under these young men. Servite lacrosse will be in contention to seek out the programs first league title and a long awaited return to the playoff scene after being a bubble team for past two seasons.

After losing a significant portion of last year’s offensive goals and leadership to graduation, we have a young team that is looking to make a name for themselves.

“I’m excited to take the helm of a historically strong and storied South Orange County program. While the team is still fairly young everyone on the offensive side of the field that touches the ball has the ability to score. Our defensive unit is a scary one, averaging 6’3” across the board and all are two sport athletes playing football during the offseason. They are smart, athletic and very physical.

What lured me to Tesoro however is the incredible coaching staff. Coach Tintle is not only an incredible coach on the field but as a NCAA D1 grad from UNC has the pedigree to back it up. Nick is also the owner of Athlete’s Choice a facility specializing in sports performance. The boys that have been working with him have undergone an INCREDIBLE transformation, developing not only outstanding lacrosse skills but also freakish athleticism.

Coach Kraus (a Tesoro alum) brings a similar pedigree and understanding of the game. Being awarded the William C. Stiles Memorial for Outstanding Defensive Player is only the cherry on top of a truly impressive resume.”