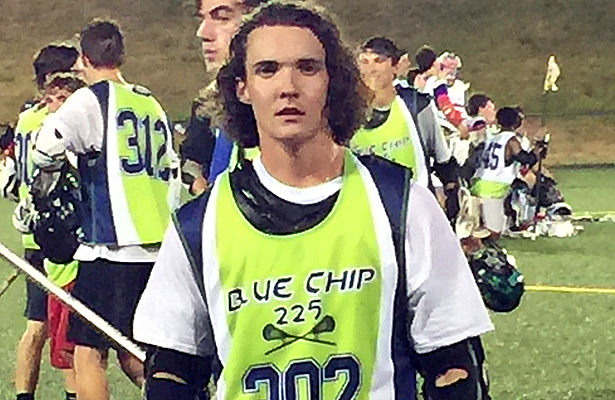 Asbury, a second-team All-Marmonte selection at midfield last spring and second-team pick at attack as a sophomore, was named as an attack on the Blue Chip 225 all-star roster.

“It was no surprise Zac made the all-star game,” said Coach Steve Lane of Team West Coast. “We know what he is capable of, and when he gets going, he is a standout player in any group. He hit the gym and lost some weight but put on muscle. He is tough to stop, really tough. He also has an incredibly crafty stick and pin-point accuracy shooting.”

Formerly a member of Team West Coast 2016 — most of whose members have graduated and are preparing for college — Asbury is something of a free agent this summer. He played with the LA Mavs at the Battle of LA in June but is not playing full-time with a club.

“Zac has been prepping for this trip back east for a long time,” Lane said. “He had been playing up with the 2016s for the last seven years, so this summer for him is all about individual showcases. He has done all the groundwork to prepare.”

“Coaches have already reached out to him and us,” Lane said. “He will have a lot of options once this summer is over.”