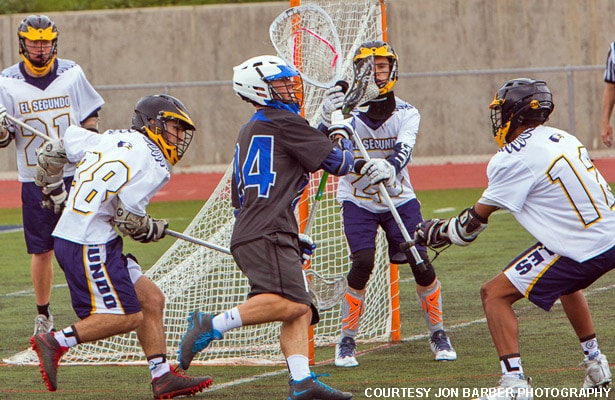 Dolphins goalie Spencer Au, who finished with 10 saves, shut out the high-scoring Eagles in the fourth period, enabling Palisades to turn a 12-12 deadlock into a three-goal win.

With El Segundo sophomore faceoff middie Devin Bonney out with a knee injury, the Eagles struggled to gain possession. Palisades capitalized on an 18-10 advantage at the dot to build a 7-5 lead after one quarter and 8-6 at halftime.

The Eagles managed to tie it 12-12 heading into the final period, but the Dolphins pulled away.