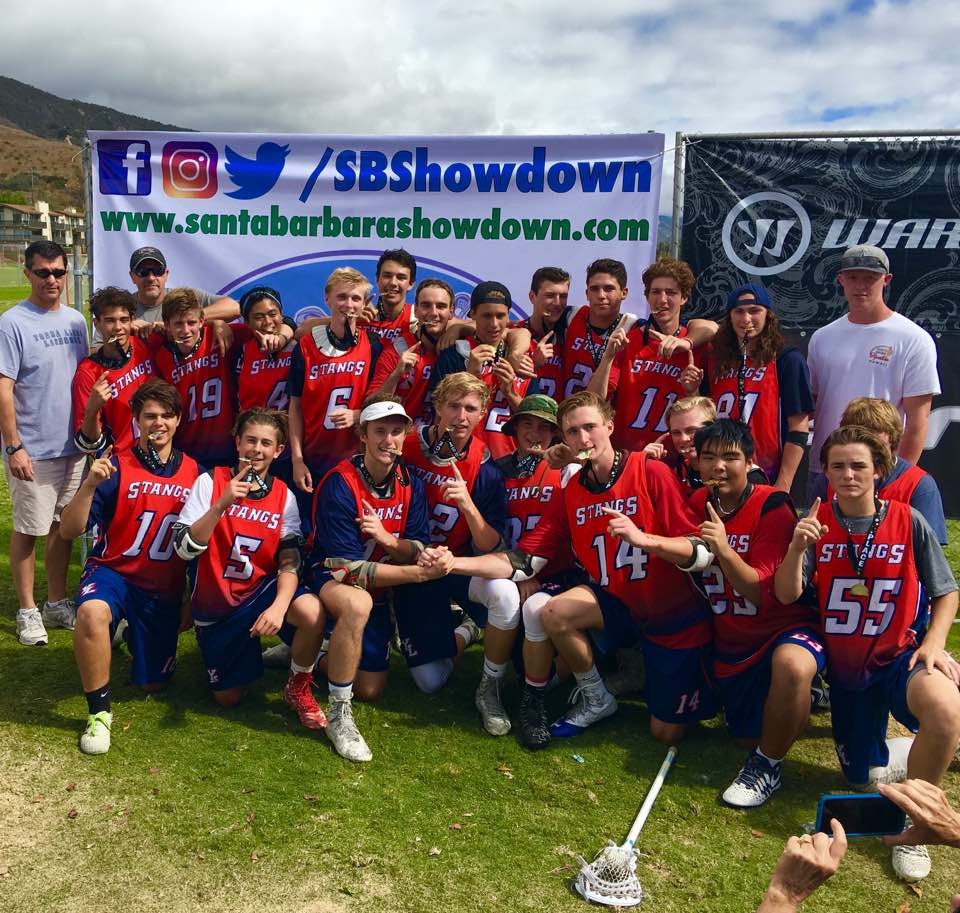 The Yorba Linda Stangs edged the 101 Guns Varsity 8-7 on Sunday to claim the Santa Barbara Showdown High School Gold Division championship.  The Stangs started off strong in pool on Saturday defeating T12 Stars 8-5 and Black 7-3.  The Stangs ended pool play with an 8-7 loss to the 101 Guns that left the Guns as the no. 1 seed and the Stangs as the no. 3 seed entering the playoff round on Sunday.

The Stangs upset the no. 2 seeded Dragons 5-4 in the semi-finals to set up the championship game rematch.  The two evenly matched finalists battled to another 8-7 outcome, only the Stangs came out on top when it mattered most.