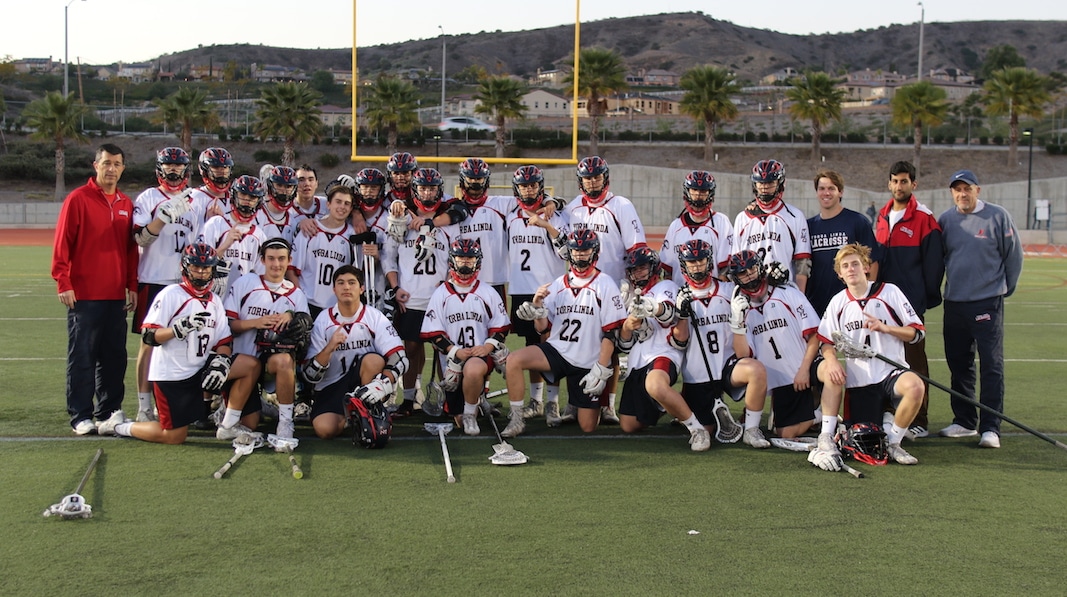 The date was April 18, 2012. The score was Esperanza 7, Yorba Linda 3. That was the last time Yorba Linda lost a league game.  Ever since then it’s been nothing but W’s for the Yorba Linda boy’s lacrosse team against Century League teams. And on Friday the Mustangs defeated El Dorado 19-3 to make it 42 straight league wins and six straight league championships.

Although there was not much doubt that the No. 8 Mustangs would be invited to the playoffs this season, it became official on Friday because the Mustangs earned the automatic bid that comes with the league championship.

Tyler Krause was the main cog in the Mustangs’ offense, handing out seven assists while keeping two goals for himself. Zac Hardison (5g), Colin McDonald (3g, 2a), and Miles Delarosa (3g, 2a) also had big nights.

The Hawks were not only the first Century League team to score on Yorba Linda this season, they were also first to hold the Mustangs to less than 20 points. Yorba Linda outscored their in-league competition 82-3 this season.

Yorba Linda has two games this left this season, both are against teams that could help their playoff chances immensely with wins over a Top 10 team: Murrieta Mesa on Tuesday and Huntington Beach on Friday. Expect both teams to come out playoff-like intensity.

El Dorado will get a chance to play spoiler against Murrieta Mesa on Friday before continuing a regular season schedule that will continue into may.