Yorba Linda Gets by Los Alamitos 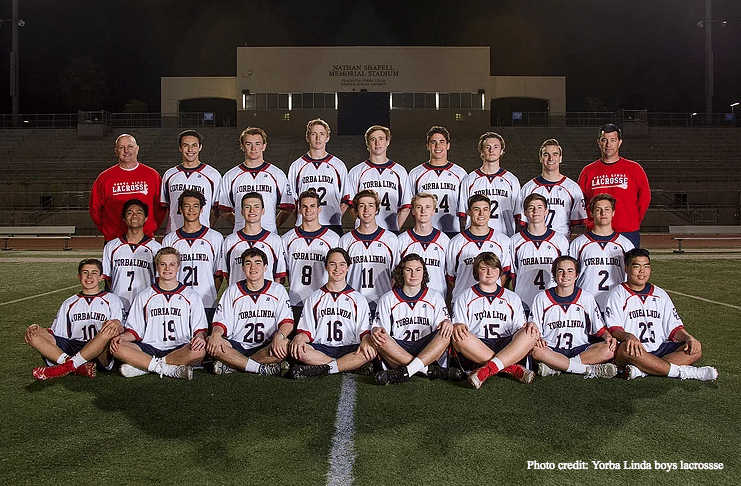 Yorba Linda – No. 11 Yorba Linda had just enough in the tank to outlast No. 12 Los Alamitos on Monday, as the Mustangs beat the Griffins 8-6 at Yorba Linda High School.

The Mustangs (9-3) were led by Christian Finke who had three goals. Zac Hardison had two goals and Tyler Krause, Bryce Wada, and Miles De La Rosa each had one goal. Goalie Jason Bohlinger had four saves for the Mustangs, who won their fourth straight game.

“We just keep rising to the challenges that are in front of us and we’re winning the games that we need to win,” Mustangs coach Mike Schreiber said.

The Mustangs took a 2-0 lead into the second quarter only to see it vanish courtesy of Los Alamitos goals from Trevor Deutsch and Bronson Ban. However, the Mustangs scored the next three goals and took a 5-2 lead into halftime.

“We started slow, and we had a lot of missed opportunities and mistakes,” Los Alamitos coach Tim Fox said.

Things began to get worse for the Griffins going into the third quarter. Ethan Campos went down with what it appeared to be a knee injury, and his absence compounded the earlier loss of Troy Dentzer to an apparent ankle injury in the first quarter. Without Campos and Dentzer, the Griffins fell behind 8-3 going into the fourth quarter.

“It definitely affected us,” Fox said of the injuries.

The Griffins didn’t go down quietly.  Matt Fanelli helped ignite the Griffins’ comeback. Then Ban added his second and third goals of the game to cut Yorba Linda’s lead to 8-6.

That was as close as the Griffins got.  The Mustangs were able to dominate possession for the rest of the game, which allowed them to run out the clock and prevent Los Al from getting any more shots.

Murray said Los Alamitos was also affected by the absence of Sam Forst and Dylan Mendoza on defense.

“Definitely man ball and back slides. Those were what really killed us on defense,” Murray said.

“We need to make sure our heads are in the game as we’re coming into it, and be all prepared and warmed up,” Murray said.

Next up for Los Al is two-time defending Sunset League champion Newport Harbor on Wednesday.  Yorba Linda’s (9-3) next game is Friday at home against El Dorado (6-5) at 7 p.m.