Woodbridge Routs Irvine with a 13-2 Victory in League Opener 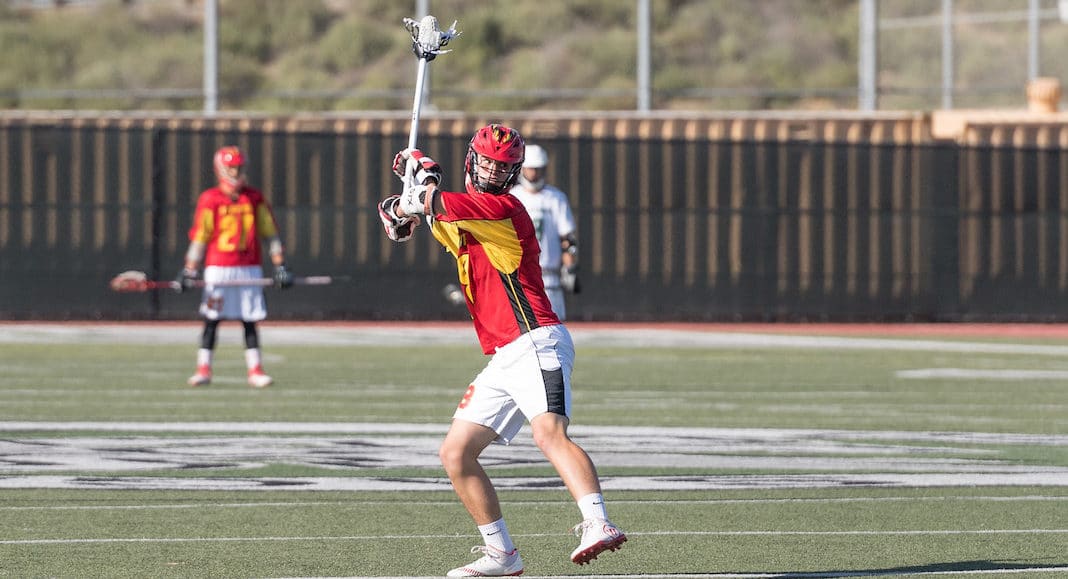 The Woodbridge boys’ lacrosse team opened league play by routing the Irvine Vaqueros 13-2 On Monday night. The Warriors defense, led by senior goalie James Nakano, held Irvine scoreless for 3 quarters and the offense provided the fire power with 12 goals in that time to put the game out of reach early. Younger players were inserted during the 4th quarter and the game ended with the score of 13-2 Woodbridge.

Warriors will host Northwood HS on Wednesday afternoon at 4:00 PM.