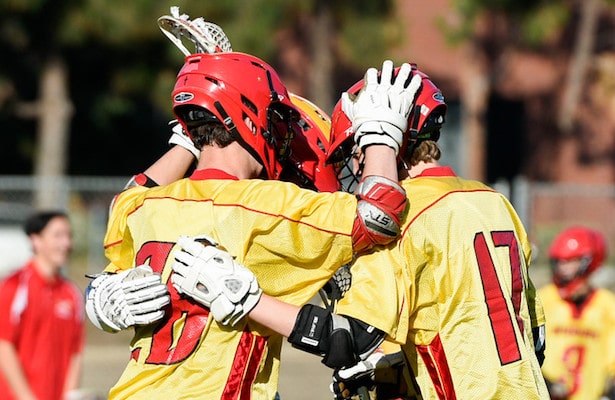 Woodbridge picked up their fourth Pacific Coast League win of the season by defeating Sage Hill 17-3 on Wednesday.  A dominant defensive effort limited Sage Hill to short possessions and just nine  shots on goal while a parade of 13 scorers highlighted the balance in the Warrirors’ offense.