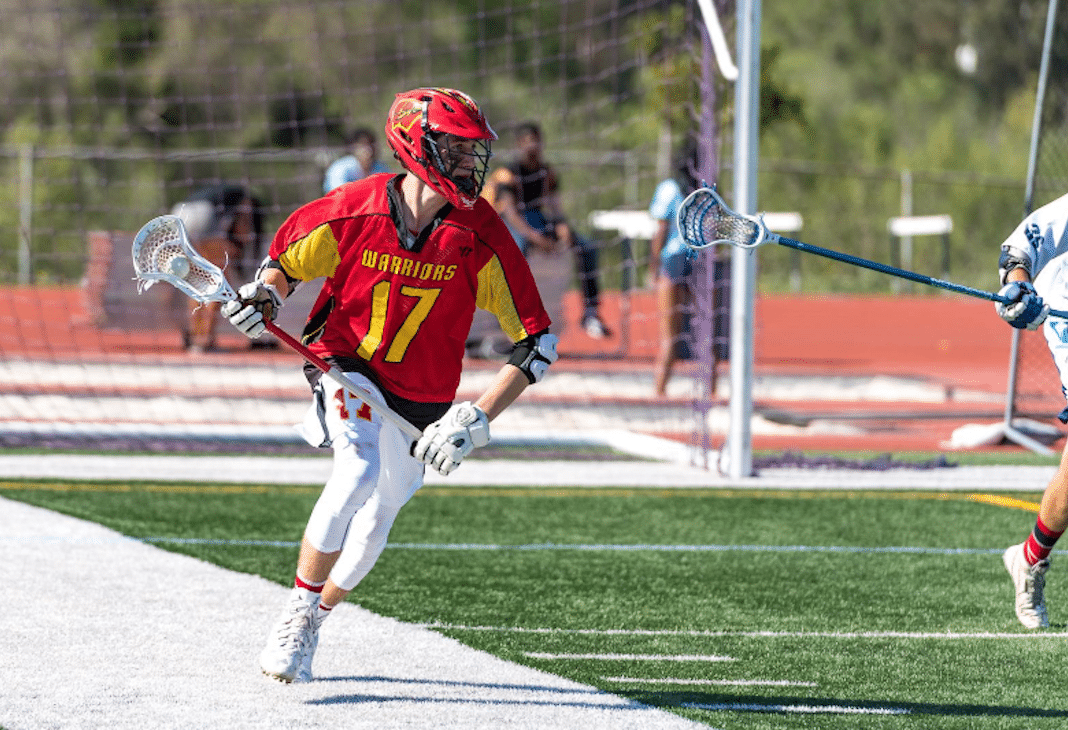 After their upset win over El Toro in their first game of 2018 season, the Woodbridge boys’ lacrosse team continued their march with a 6-3 win over Dana Hills High School at the Dolphins Stadium Wednesday night in a non-league game.

The Warriors dominated the first half with a score of 4-0 at the half. Senior middie Parker Haw led off the scoring in the first quarter with a shot from the top. He was quickly followed by a goal from junior middie Matthew Chung. Haw scored again three minutes later from a crisp feed from Matthew Chung. In the second quarter, Chung scored the only goal of the quarter at the 8-minute mark. The Woodbridge offense was matched by their tight defense and a superb goaltending by their senior goalie James Nakano who recorded six saves for the half (12 saves in total for the game).

Dana Hills came out strong in the second half with three unanswered goals, including a pair from Tyler Hubbard, to close the gap to 4-3 early in the fourth quarter.

Dana Hill’s 3rd goal was immediately answered by a goal from Woodbridge junior attackman Nick Krolikowski who scored his first goal of the season to stop the Dolphins’ momentum. The Warriors controlled the remainder of the game with senior attackman Brent Buckland providing an insurance goal with his first of the season after dodging a couple of defenders.

The Warriors (2-0) will set their sights on on a home game with Portola High School next Saturday night at 7:00 PM. The Dolphins (0-1) host San Juan Hills on Friday.