Westview Hangs on to Defeat Dawson 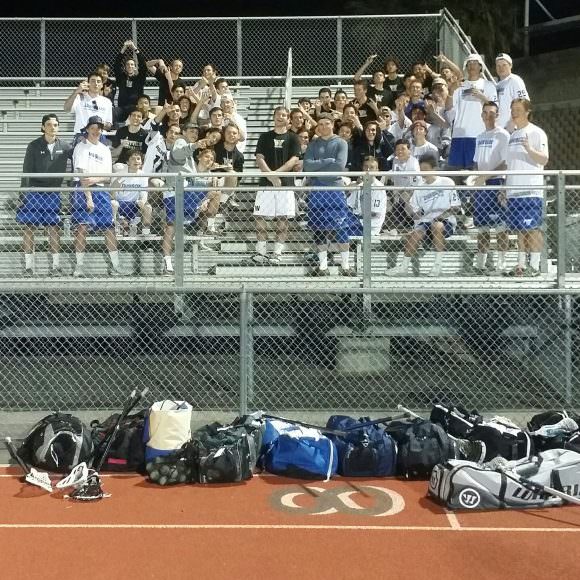 The Westview Wolverines edged the Dawson School Mustangs in a non-conference game last night. Westview’s offense got off to an early start with two quick goals by junior attackman Cole Zarola in the beginning of the first quarter and the Wolverines never looked back going into the half leading 6-1. The Mustangs had their chances in the first half but Wolverines’ team defense and phenomenal goalie play by junior Connor Ciemiewicz (13 SV’s) stifled the visitors and proved to be the difference. Down 8-2 in the 4th quarter, the Mustangs staged a comeback by dominating time of possession to chip away at the lead, but eventually came up short. Westview juniors Ryan Marasco (3G/1A), Tay Chappell (1G/3A), Cole Zarola (2G) and sophomore T.J. Summers (2G/2A) led the offensive attack for Westview.

The Mustangs utilized their spring break to escape from inclement weather traveling from Lafayette, Colorado (near Boulder) for a week long trip to San Diego to play Ja Jolla Country Day and Westview. Dawson is one of several Colorado teams that comes to Southern California early in their seasons to enjoy the SoCal sunshine and play in non-conference games to prepare for their respective seasons. Westview has hosted several Colorado teams over the years and makes a point to emphasize sportsmanship by hosting a pizza party in the stands so the teams have an opportunity to share in the love of the sport.