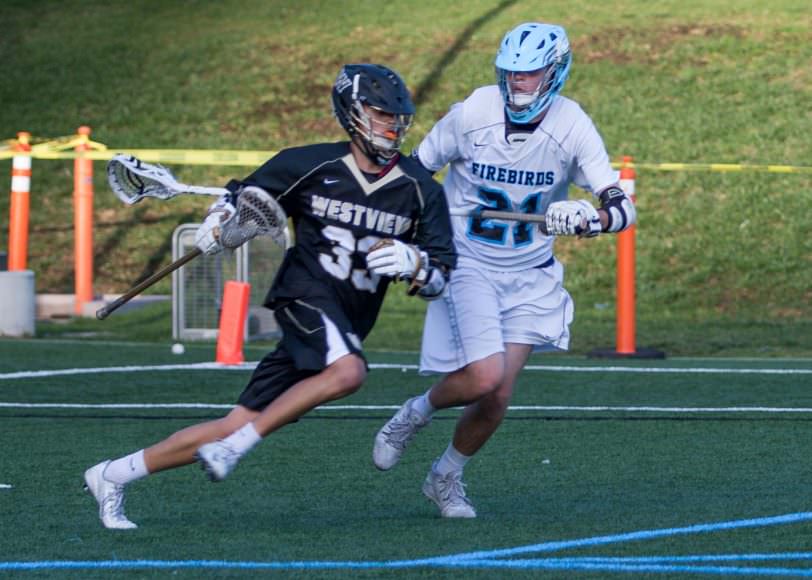 The Firebirds got off to a quick start going up 2-0 as Luke Annicharico found the back of the net followed by a top shelf rip by Jo-Jo Biddle. Westview kept it close with a goal by Ryan Marasco to end the first half down 2-1. In the second half, the Wolverines awakened as Cole Zarola found the back of the net by scoring the next three goals, two of which were assisted by Leo Pimentel and TJ Summers to put the Wolverines up 4-2. Two more goals from Ryan Marasco and Sean Clancy, both assisted by TJ Summers, put the game out of reach from the Firebirds and sealed the victory for the visitors. Pictured above is sophomore attackman T.J. Summers.

Westview’s goalie play and defense continues to shine this year having given up only a little over 5 goals per game on average through its first 10 games of the season.