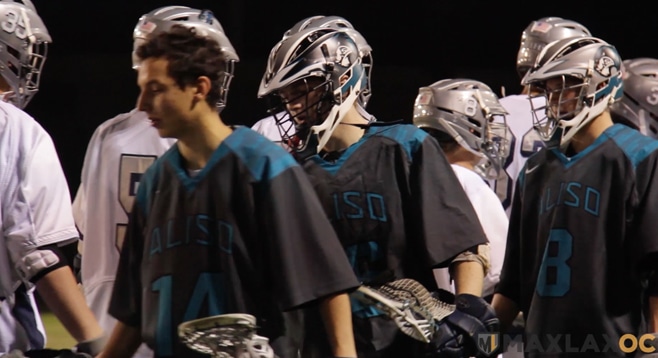 Friday night brought another statement by Aliso Niguel with their largest win in recent years.

The Wolverines (6-1) look to be hitting on all cylinders with their continued dominance of Sea View opponents. Scoring was early and often, 10 different players accounted for points with a 20-0 win for Aliso over San Juan Hills (0-6) at Wolverine Stadium.

Senior defenseman Conner Reed was also able to contribute in the scoring department with one goal and two assists.

The play of the night came in the third quarter with Rinaldi going goal line extended feeding Wollman with a behind-the-back assist.

Next up for Aliso is a non league game at Esperanza.

3. Jonah Rinaldi, Aliso, attack: Rinaldi was five and four on the day and continues to up his game every week.