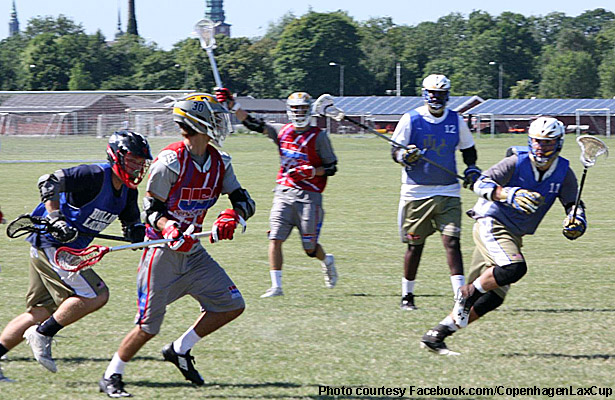 Recent Peninsula grads Brandon Wilson and Colton Michel, both four-year starters for the Panthers, played their last few games together this month before heading off to college — this time as members of the USA Starz squad that just returned from an undefeated tour of Europe.

USA Starz, coached by Peninsula coach Lane Jaffe and Vassar assistant John McCreery, annually takes a team of college or rising college players to compete and tour internationally. This year, the Starz opened with an exhibition win over a club from Amsterdam, then swept through the 2015 Copenhagen Cup, taking the championship.

Wilson, who will play next year at NCAA D-II Colorado Mesa, and Michel, who will play at D-III Colby, were among the squad’s top three scorers in the tournament. USA Starz wrapped up its trip with a win over the Norwegian National Team.

The Starz roster featured players from D-I programs like Loyola and Towson, as well as MCLA clubs like Chapman, Sonoma State and Arizona State. USA Starz takes players ages 17-26, men and women, and usually organizes a couple of trips each year. Details are available on the club’s website and Facebook page.