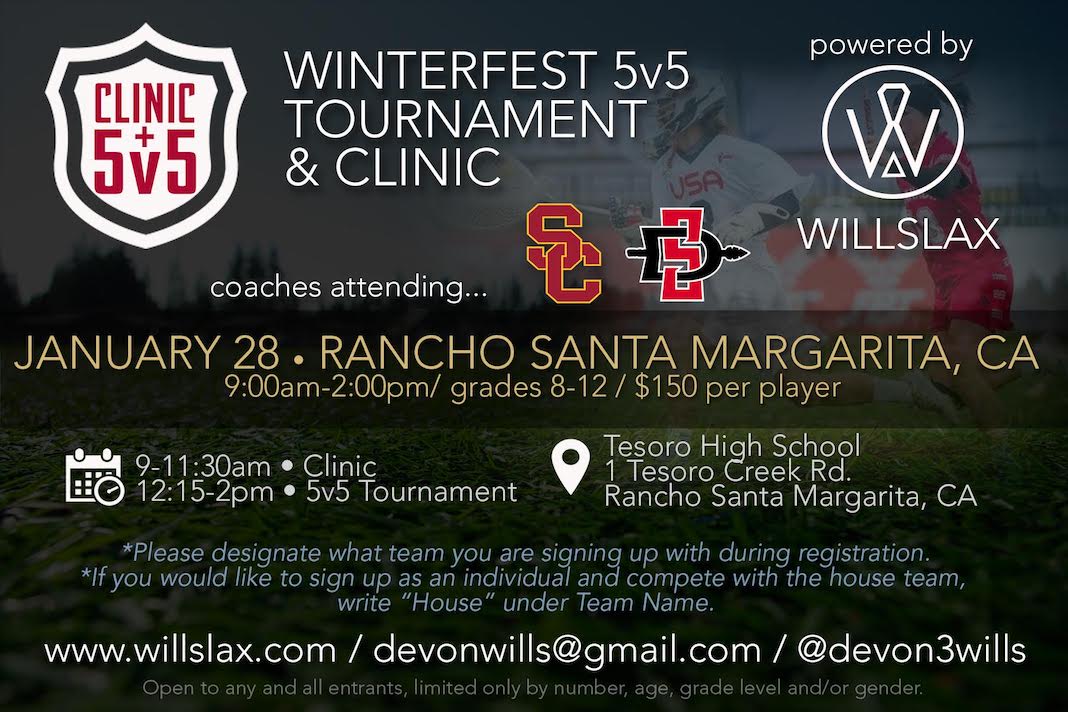 Join USC women’s lacrosse coach Devon Wills and some of the top women’s lacrosse players and coaches in the world for Winterfest powered by WillsLax at Tesoro High School on January 28.  Register as a team or as an individual.

The 5v5 tournament and clinic Fall Fest in October was such a success that the WillsLax team is returning in January with the same format.  The Plaid Pumas topped the field in October.  Who will be Queen of the Hill in January?

The All-Star cast of coaches includes: