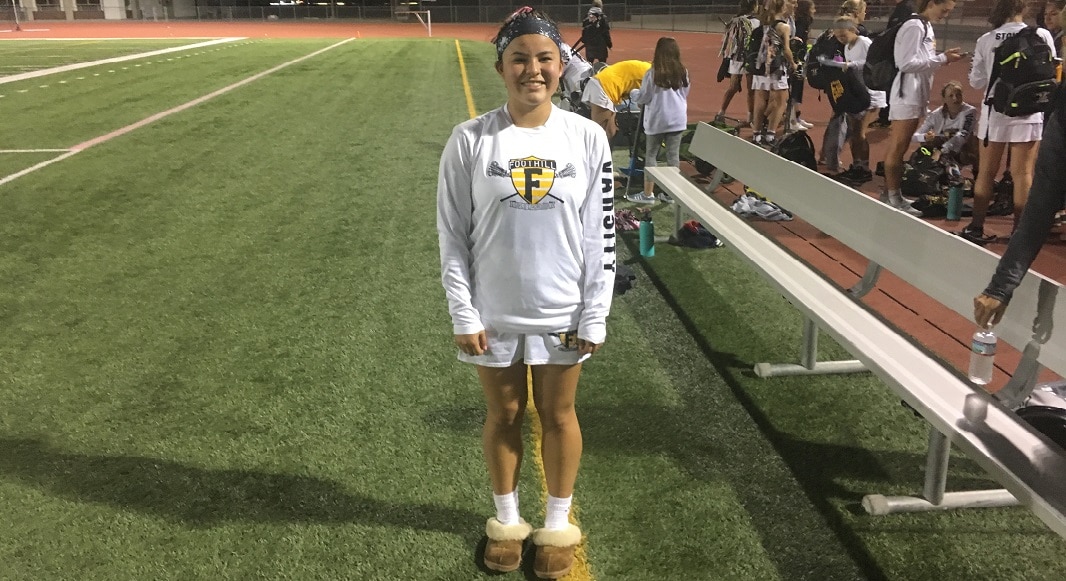 “Today for us, it was just coming back from spring break. I told them I just wanted everything to be first for us, first goal, first groundball, first caused turnover, first draw, and I think they responded well,” Foothill coach Kate Hick said. “I think for Brooke [Williams], I’m just constantly trying to push her to make every opportunity count and not doubt and to keep shooting, and that’s her strength. She’s just going to be an incredible shooter this year.”

After the two teams were tied at 1-1 in the early stages of the first half, Foothill stringed together six straight goals to take a 7-1 lead and force Beckman coach Tim Duchene to call a timeout.

After the time out, the Patriots scored the next three goals to bring the game to 7-4. But the Knights put the game out of reach with their strong defense and their big game from Williams.

“I think we were just shaking the jitters from spring break out a little bit. We hadn’t picked up our sticks too much, so we just got all the ‘cobwebs off’ and got going,” Williams said.

In addition to Williams’ big game, Ashley Stokes had four goals, three assists, and nine groundballs while Ava Brand and Lauren Kilger had two goals apiece. Vanessa Topete also scored for the Knights, who got eights saves from Rebecca Nailon.

For Beckman, Carly Tobias and Abby Williams led the way with two goals apiece while Taylor Stern, Layne Takahashi, and Sam Bui had one goal apiece. Maddy Wolf had eight saves for the Patriots, which drew praise from Duchene.

“Maddy [Wolf] was solid like I would expect. She’s been a stalwart on our team,” Duchene said. “The girls continued to work, they kept their composure [and] kept their character, so they’ll learn from it and they’ll improve.”