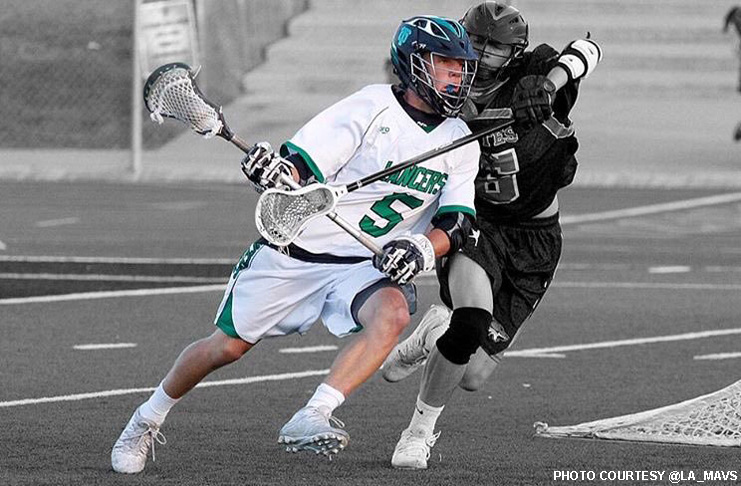 Thousand Oaks senior midfielder Will Dutton has committed to play NCAA Division II lacrosse at Westminster College in Salt Lake City, Utah, next year, choosing the Griffins from among a half-dozen D-II and D-III programs nationwide.

Dutton said Westminster was his last visit, one he almost didn’t squeeze into his schedule, and he went into it with a favorite already in mind. He was prepared to decide from among D-III programs Southwestern University (Texas), Illinois Wesleyan and Aurora University (Illinois), along with Palm Beach Atlantic (Florida), which will move from club to NCAA D-II next fall, and Dominican of the MCLA.

But he managed to fit the Westminster visit in, and the result was pretty clear.

“When I arrived at Westminster, it immediately felt right,” Dutton said via email. “The meeting with the coaches went great; I had a lot of fun over the weekend with the guys on the team; and I loved the campus. The school is also a really good fit academically. I also thought of the snowboarding possibilities. Being closer to home was also important to me.”

Dutton cited the opportunity to play with the LA Mavs last summer as a big reason he had so many opportunities.

“Prior to last May, I wasn’t sure if I was going to play lacrosse in college,” he said. “Jack Zorzi reached out to me in mid May and asked if I would be interested in playing with the LA Mavs over the summer and also going to a recruiting event at the University of Notre Dame. This opened up so many opportunities for me.

“When I got back home, it was all about planning as many college visits as possible before school started. I’ll always be super thankful for what the Mavs coaches have done for me. I also have a great high school coach in Mike Delabar.”

Zorzi, who coaches with the Mavs and at Agoura HS, said Dutton really capitalized on the opportunity to display his talent and potential last summer, earning an all-star honor at the Notre Dame team camp.

“Will is one of the best athletes I’ve had the opportunity to work with, and he has a motor that never stops,” Zorzi said via email. “During our summer circuit, Will would stay on for three or four runs up and down the field without showing any fatigue, and he’d win his matchup almost every time. His shot has improved dramatically, and along with his great speed, he’ll be a very difficult matchup at the next level.”

At Thousand Oaks over the past few seasons, the 5-foot-9, 160-pound Dutton has earned a reputation as a relentless defensive player and one-man clear, using his speed and athletic ability to deliver the ball to his offense. He was credited with 38 caused turnovers and 58 ground balls last spring, earning first-team All-Marmonte League honors as a defensive midfielder. On offense, he contributed 12 goals and 13 assists.

“Will has some physical gifts that make him a matchup nightmare all over the field,” Ergin said. “The sky’s the limit for him as far as his collegiate development. Best of all, on the one hand, he’s just a hard-working lovable kid, and on the other hand, he’s a fierce competitor. It’s a nice balance.”

“I’ve gotten to watch Will play in the Marmonte League the past three seasons,” Lindsay said. “His skills as a player are obvious, and his best lacrosse is ahead of him. What he brings to the table as far as leadership, toughness and character are invaluable to any program, and I have no doubt Westminster will benefit enormously from a player like Will.”

Westminster is in the second year of a three-year process of transitioning from an MCLA club program to a full-fledged NCAA Division II program. Last season, playing a schedule mostly made up of NCAA programs, the Griffins finished 9-3 overall with a share of the Rocky Mountain Athletic Conference regular-season title and a loss to Colorado Mesa in the conference tournament title game.

This year, Westminster will play a full slate against NCAA programs. If the school meets all NCAA requirements this academic year, the Griffins will move on to provisional membership status in 2017-18 and, ultimately, full NCAA status — with eligibility for postseason play — in 2018-19.

The Griffins went 8-5 overall and reached the MCLA National Tournament in 2015, their last season at the club level.