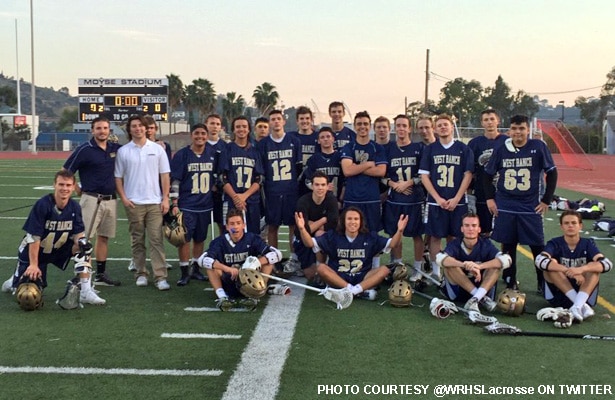 Junior attack Robert Willcox scored six goals Monday, four in the first half, as host West Ranch burst out to an 8-0 lead at the break and cruised to a season-opening 11-2 win over Glendale.

The Wildcats led 11-0 entering the fourth quarter before Glendale finally got on the board. West Ranch freshman goalie Jonathan Bendfeldt, making his varsity debut, nearly completed the shutout, but the Nitros scored twice late.