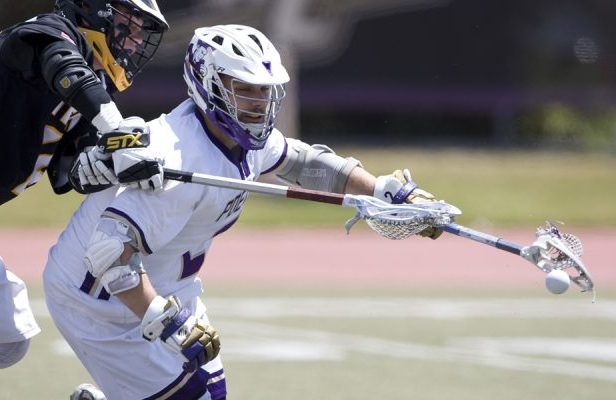 Eric Neumeyer scored :28 seconds into overtime that gave CC the one goal victory at Washburn Field helping the Tigers improve to 12-4 moving them into the second round where they will take on No. 3 Salisbury University.Whittier wraps up their 2016 campaign 8-6 as their overall Division III National Championship record drops to .500 at 3-3.

The Purple & Gold jumped all over the Tigers in the first 21 minutes of the game pushing Colorado College up against the wall putting them in a 7-1 hole.

Austin Davie scored the first goal of the game to give CC a 1-0 lead but over the next 14 minutes it was all Whittier scoring seven unanswered that spanned midway through the second quarter.

WC led 5-1 after the first 15 minutes and then got a quick two goals from Maxwell Jones (Fircrest, WA) that kept the offense rolling igniting the second stanza.

Drew Wiseman stopped the run with 2:04 to play in the first half but Aaron Self (San Clemente, Calif.) would connect a minute later that stretched the lead back to six at intermission.

Following a 40-minute break that included a lightning delay, the Tigers seized the extra time coming out with two goals in a span of :32 seconds that got them rolling in the second half.

An extra-man tally by Kassity gave the Poets a 9-4 lead with 10:02 to play in the third, but Davie would again find the back of the goal that pulled CC within four.

In the fourth, it was all Colorado College outscoring Whittier 5-1.

Tom Haller kept the run alive for CC cutting the deficit to three.  Kassity added his fourth of the game to try and keep the Poets in front with an unassisted goal but that would be the last one added as the Tigers would score the final five goals, which included the game winner with 3:32 remaining in OT.

Neumeyer took a skip pass from freshman midfielder Tyler Borko, spun around a Poet defender and beat sophomore goaltender Alex Cramer (Rocky Hill, CT) with a high shot to toward the far post that gave the Tigers their first-ever postseason victory.