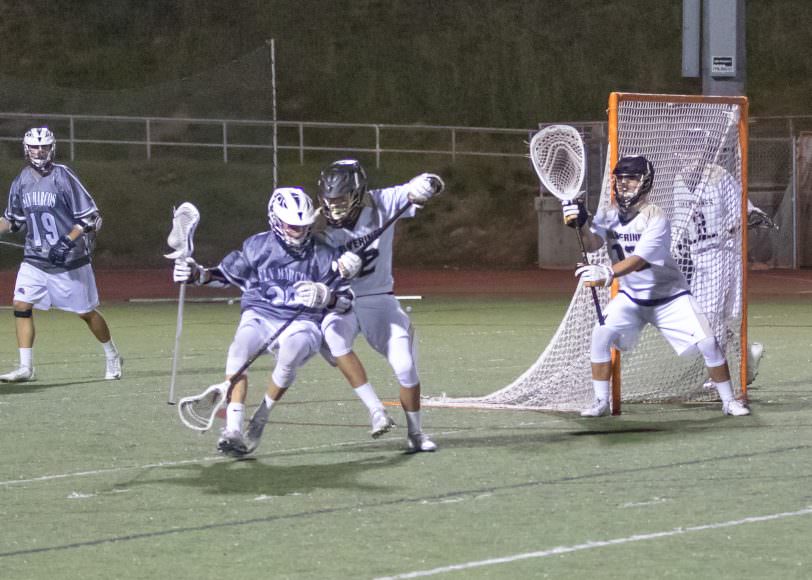 The host Westview Wolverines beat the San Marcos Knights 10-5 in a non-conference matchup Monday night. The game was neck and neck from the beginning with the score at halftime giving the slight edge to Westview 3-2. In the second half however, Westview was able to pull away from the visitors, led by a balanced offensive attack that featured goals from 5 different Wolverines – Ryan Marasco, TJ Summers, Spencer Morrison, Sean Clancy and Jared Nagro. The Wolverines stellar team defense and goalie play by Connor Ciemiewicz continued to shine by allowing a total of 5 goals (two of which were on man-up opportunities), bringing their goals against average to 5.33 per game on the year.