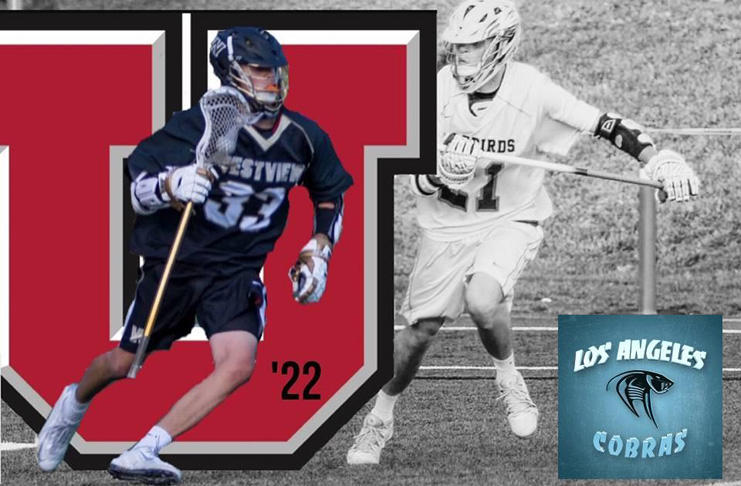 Junior attack TJ Summers of San Diego Westview and the LA Cobras has announced his commitment to play collegiately at the University of Utah. For now, Utah is an MCLA program, but the new coaching staff has been recruiting in anticipation of becoming an NCAA D-I program by the Spring of 2019, Summers’ freshman year.

As a sophomore at Westview last spring, the 6-foot-3, 184-pound Summers led the Palomar League in points with 75 (39 goals, 36 assists) and was named Westview’s offensive MVP. He was a second-team All-Palomar selection.

Over the summer, Summers played with the LA Cobras at the Carolina Shootout and the Warrior Classic on Long Island. He also was named an all-star at the FLG Legit 120 held at LIU-Post.

“TJ was one of our top players this summer, making the all-star team at the Carolina Shootout and dominating at the Warrior Classic at Hofstra University,” Cobras coach Brett Tietjen said. “He is a big, strong, lefty attackman who can turn the corner hard to the cage and also has a great outside shot. I look forward to seeing him be one of the best players in San Diego this year.”

TJ Summers comes from a family of lacrosse standouts. His brothers Brent Summers (Bentley) and Chris Summers (Monmouth) currently compete at the collegiate level, and his younger sister Mikaela Summers is a high school freshman.