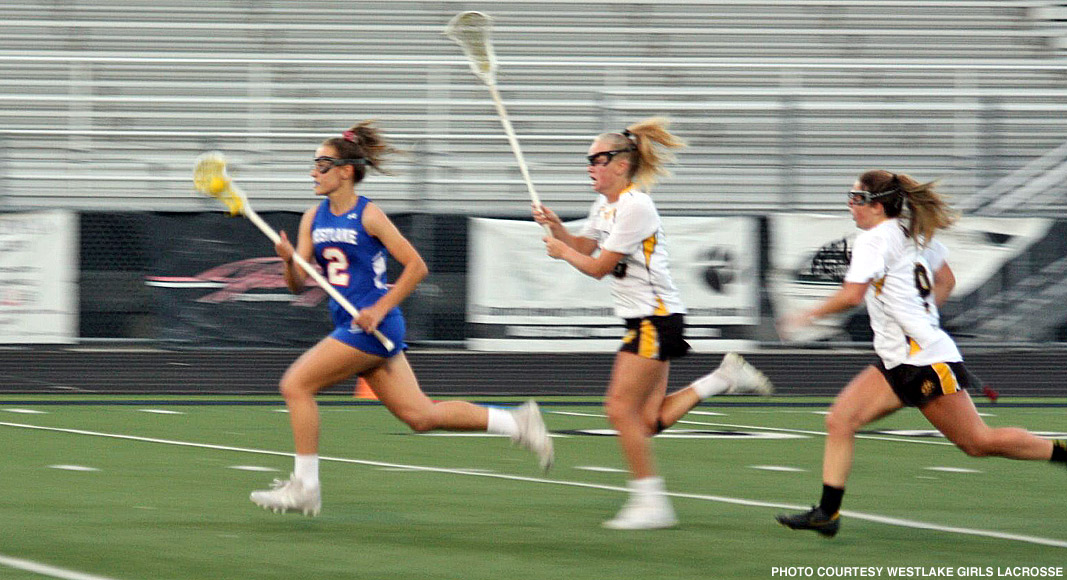 The third-ranked Westlake Warriors outscored visiting No. 8 Newbury Park 11-5 in the second half Tuesday, pulling away from a 7-7 halftime to tie to win their Marmonte League matchup 18-12.

Westlake (12-1, 4-0) had taken an early 5-1 lead, but the Panthers (7-2, 2-2) worked their way back into it behind the draw work of Erin Duffy and the scoring of Duffy and Emma Ing. Duffy won 16 of 32 draws in the game and scored eight goals. Ing scored four goals and had one caused-turnover. Freshman goalie Daniella Guyette recorded 14 saves.

The Warriors adjusted at the break, though, moving Sarah Sullivan to the draw circle, and coach Lyndsey Munoz said that was a huge help in Westlake’s second-half advantage.

Junior Shelby Tilton led the Warriors on offense with eight goals and two assists, and Kailee Follette and Delaney Waggoner each scored four. Sullivan (1g, 1a) and Mia Trilling (1g) rounded out the Westlake scoring. Sullivan also was credited with four ground balls.

But Lyndsey credited this one to the defense, anchored by goalie Rachel Blanton with 10 saves and aided by Bethany Reader, Jill Dries and Naomi Sylvester, who stepped up to hold the Panthers to five goals in the second half.

The Warriors also received a boost from the debut of junior defender Kaila Millan, who made her first appearance after a lengthy sit-out period related to her transfer from Oaks Christian. Millan won one draw, caused two turnovers and was a huge help in transition, Munoz said.

“One stat I’m most proud of,” Munoz said, “was that out of the six caused-turnovers we had in the game, four came from attackers. The ability for attackers to also play defense and create turnovers is so overlooked and has a huge impact on momentum in games.”

Westlake is right back at it Wednesday night, with a visit from No. 2 Palos Verdes before taking two weeks off and returning for the final two league games April 24 and 26. Newbury Park, which lost for only the second time this season, is off until April 24 when it plays host to Thousand Oaks, then wraps up league play April 26 at Oaks Christian.