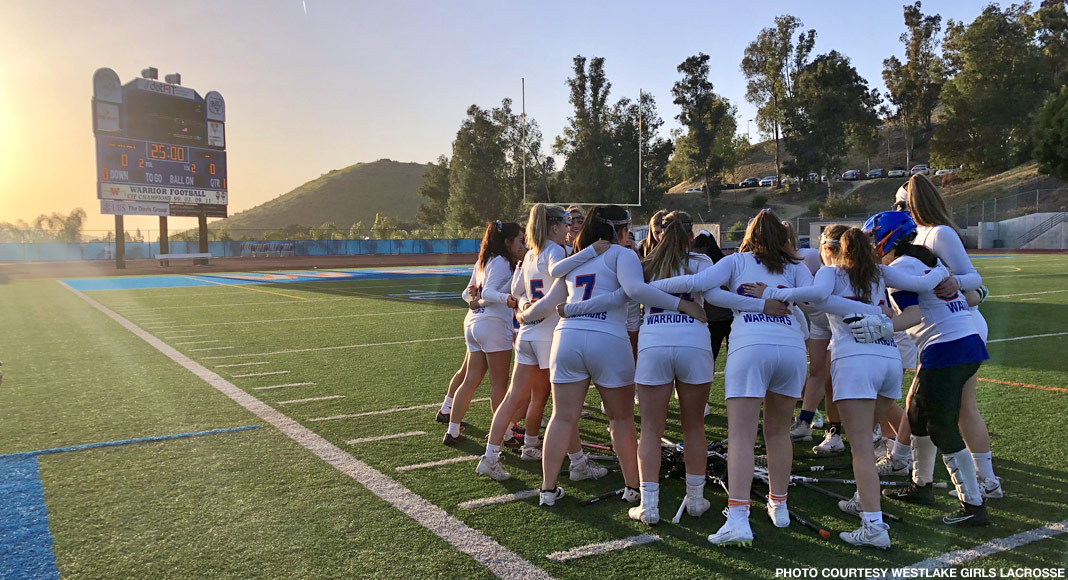 Westlake (17-1) didn’t make the 16-team LA Championship field in 2016 and 2017, instead playing in — and winning — the eight-team LA Invitational both those seasons. Last year, the Warriors made the Championship field as a No. 3 seed but were eliminated by West Ranch in the second round.

Thursday, they took the next step, winning a second-round game in the Championship Tournament and reaching the Final Four.

Westlake relied on both its high-scoring offense (17 goals per game) and stellar defense to hold off No. 7-seed Newbury (10-3), which controlled 60 percent of the draws thanks to Emma Ing (12 draw controls) and Erin Duffy (9 of 15 DCs). With goalie Rachel Blanton making 12 saves and the defense causing 14 turnovers, though, the Warriors were able to get the ball back to their scorers.

Westlake led 13-8 at halftime and limited the Panthers to only four goals in the final 25 minutes.

The Warriors will meet No. 3-seed Palos Verdes in Saturday’s first semifinal at 1 p.m. at Culver City HS. Westlake beat the Sea Kings 21-17 when the teams met earlier this season.