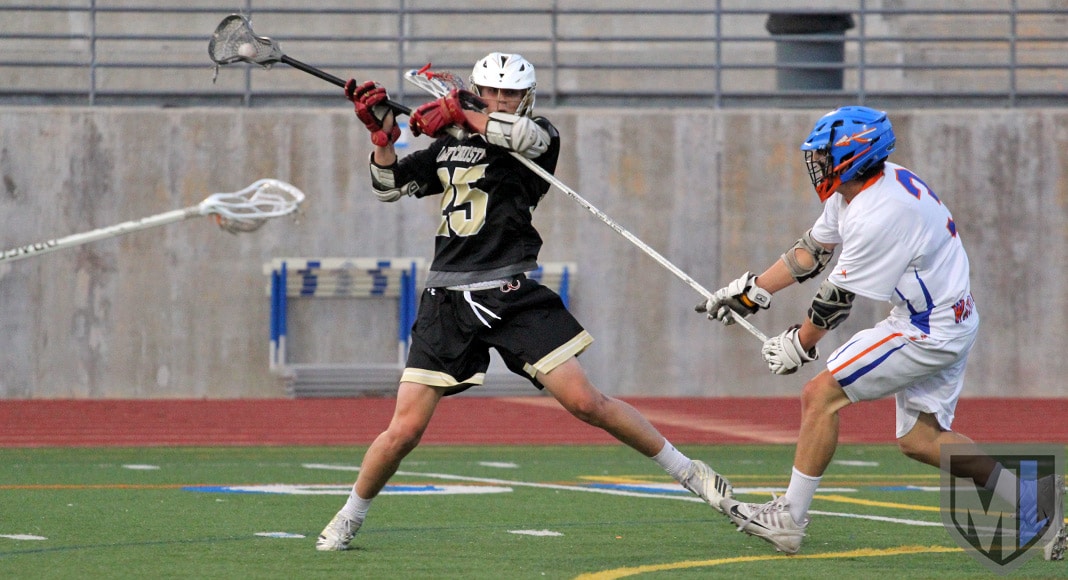 Freshman goalie Jackson Hren made 11 saves Wednesday, and the Westlake defense limited Oaks Christian to one goal in the second half to win their Marmonte League clash 10-6.

Westlake had not beaten Oaks Christian since 2015, losing twice each in 2016 and last season. Both of last season’s decisions came by 4-3 scores, an example of how tight and hard-fought this rivalry has become in recent years.

Wednesday, the Warriors’ normally explosive offense struggled against the Lions’ defense, leaving Westlake with leads of just 3-2 after one quarter, 6-5 at halftime and 7-6 entering the fourth quarter. In fact, Westlake didn’t score its first insurance goal in the fourth quarter until 4:10 remained, when Duke Cohen scored unassisted dodging from X.

“Jackson Hren,” Westlake coach Peter Swander said. “All the credit. He played a great game. He won the game for us.”

Five of Hren’s saves came in the fourth quarter, when the Warriors were protecting a one-goal lead. Oaks Christian helped Westlake out, though, turning the ball over on its first two possessions of the final period and four of its first six. The other two possessions ended in saves by Hren.

“I think that took some confidence away from us,” Lions coach Jeremy Sieverts said of the early fourth-quarter turnovers. “They pressured us into some marginal opportunities that we can work to get better on, but that’s a credit to them getting out on us and pressuring.”

Less than a minute after Cohen boosted Westlake’s lead to 8-6, junior Nick Reilly found CJ Woodall at the top of the crease for Woodall’s third goal (and Reilly’s fourth assist) to make it 9-6. Reilly scored the Warriors’ final goal on an extra-man opportunity with 42 seconds to play.

In all, Reilly had a hand in seven of the Warriors’ 10 goals, scoring three and assisting on four. Cohen (3g, 2a) and Woodall (3g) provided the rest of the Westlake offense.

That the Warriors (9-2, 4-1), who have been held below 10 goals only once this season, didn’t reach double-digits until the game’s final minute is a testament to the Lions’ defense, anchored by goalie James Vils (12 saves).

“Oaks Christian is a perfectly disciplined, wonderfully coached team,” Swander said, “and they hustled and outworked us for most of the game. We were trying to match their energy level, and when we did, we did OK. But it took us three quarters just to come up to where they live. So, hats off to Sieverts and his team, as always. They’re someone we want to learn from.”