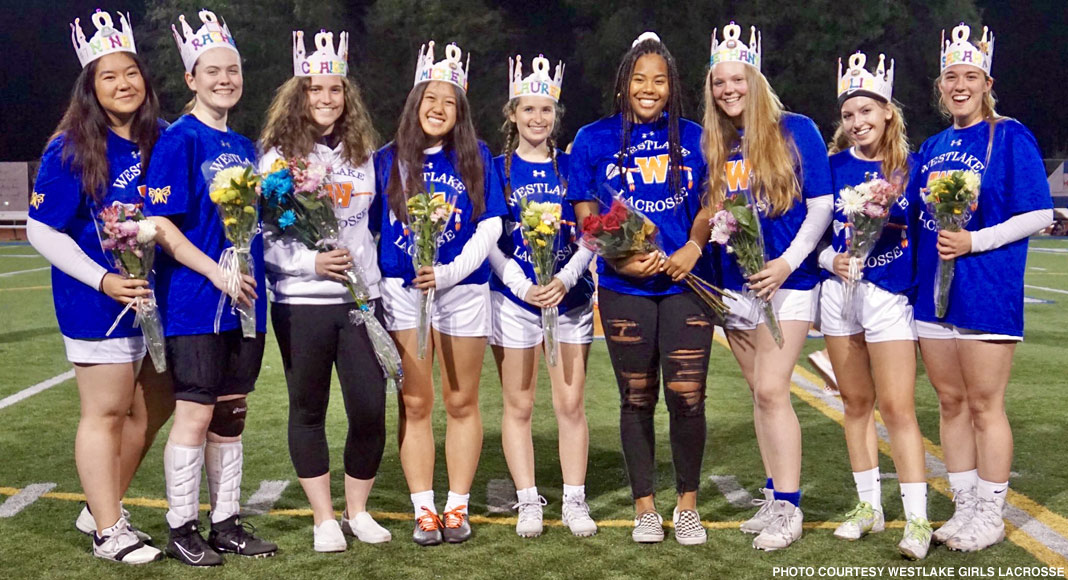 The No. 2 Westlake Warriors won their ninth consecutive game on Senior Night on Wednesday and clinched the Marmonte League championship in the process, beating visiting No. 12 Oaks Christian 22-12.

Tilton and Follette won the stat sheet, but the seniors weren’t to be ignored this night. Sarah Sullivan scored four goals, won three draws and picked up an assist. Defender Bethany Reader had a ground ball and a caused turnover, but she lit up the crowd with a coast-to-coast break and a behind-the-back finish for a goal. Goalie Rachel Blanton had six saves and a caused turnover. Senior attacker Nina Ferrer had a goal, and defender Lauren Moeller collected a key ground ball in the second half.

Before the game Wednesday, senior Claire Moats signed her letter of intent to play at UC Davis next year, the first Westlake girls player to sign with a Division I program.

Mia Trilling (2g, 1a) and Delaney Waggoner (2g) rounded out the Warriors’ scoring.

Westlake wraps up its regular season on Friday at No. 22 Thousand Oaks. Oaks Christian finishes its schedule Friday at home against No. 8 Newbury Park, which beat T.O. 17-5 on Wednesday.