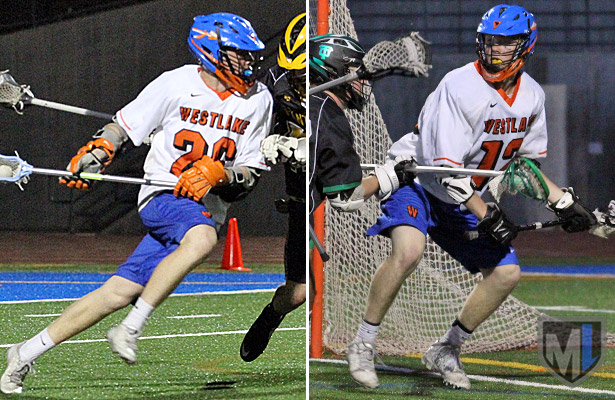 Westlake sent two players to NCAA Division I programs off its 2015 squad, and another was recruited to a top D-III program. But there is reason to believe the 2016 Warriors might be even better — or at least more dangerous — than the team that went 16-2, won the Marmonte League and reached the LA semifinals for the third time in five years. The coaches seem to agree, voting Westlake No. 3 in the preseason poll. Here is our Westlake 2016 preview:

2015 recap: The Warriors blasted through the first two months of the 2015 season not just undefeated, but winning by an average score of 15-5. Then Thousand Oaks, which nearly beat Westlake earlier, laid a 17-8 beating on its Marmonte League rival, a game that actually went to a running clock briefly in the fourth quarter.

That loss, plus a less-than-stellar nonleague schedule (rated 11th among LA teams), caused area coaches to drop a 14-1 Westlake squad that won the Marmonte League and had been getting some first-place votes in the coaches poll to the No. 5 seed in the playoffs, behind Peninsula and Harvard Westlake. The Warriors seemingly found some motivation in that, blowing out Redondo and Harvard Westlake to reach the LA semifinals. There, though, they ran into a Palos Verdes defense that bottled up Westlake’s high-octane offense in a 9-5 victory.

2016 Outlook: Losing players like Jesse Cuccia (North Carolina) and Conor O’Brien (Dartmouth) leaves a hole in the offense, but plenty of scoring returns in Reilly, Tyoran, Mannisto and Cohen, among others. Plus the team added offensive coordinator Peter Swander from Harvard Westlake, who is known for a fast-paced, free-flowing attack with a lot of shots on goal. With a sturdy defense returning and a wealth of athletes in the midfield, Westlake could feature a wide-open transition game that runs opponents off the field.

The Warriors did beef up their nonleague schedule this year, with a visit from Palos Verdes (March 7), a trip to Crespi (March 9) and a visit from Harvard Westlake (March 11) before the brutal Marmonte slate with three Top 10 opponents. Westlake 2016 might not go undefeated through the first two months, but it might be better suited for playoff seedings — and a chance to finally advance past the semifinals.