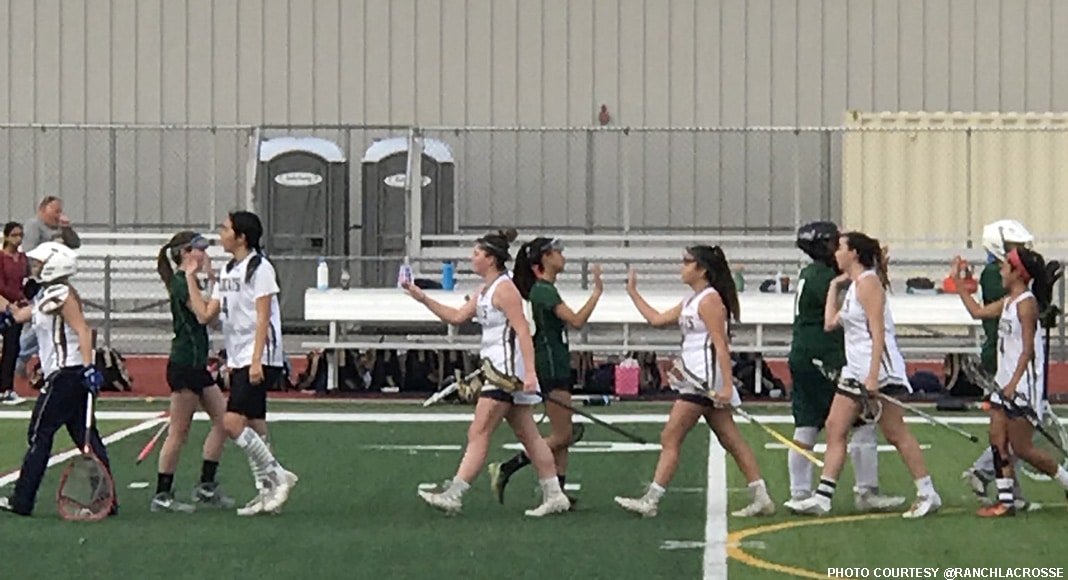 The West Ranch girls, ranked No. 16 in the US Lacrosse MaxLaxLA coaches poll, battled visiting No. 9 Royal throughout Wednesday’s back-and-forth contest, ultimately emerging with a 10-9 victory.

Last year, the Wildcats lost to the Highlanders twice in the regular season (not counting tournaments), the first time by three goals and the second time by one. Wednesday, they came on the winning side.

Last night #16 West Ranch Defeated #7 Royal in a back and forth battle ending in a 10-9 victory for the Wildcats.
Goals for the Wildcats by Bella Gervasi (3), Sammy Nuchow (3) Hope Jin (2), Jackie Nuchow, and Raylene Factora. Way to go ladies! @MaxLaxLA pic.twitter.com/RgLdodzwz4

The Wildcats (1-1) earned their first non-tournament victory after opening with a 10-5 loss to preseason No. 6 Oak Park.