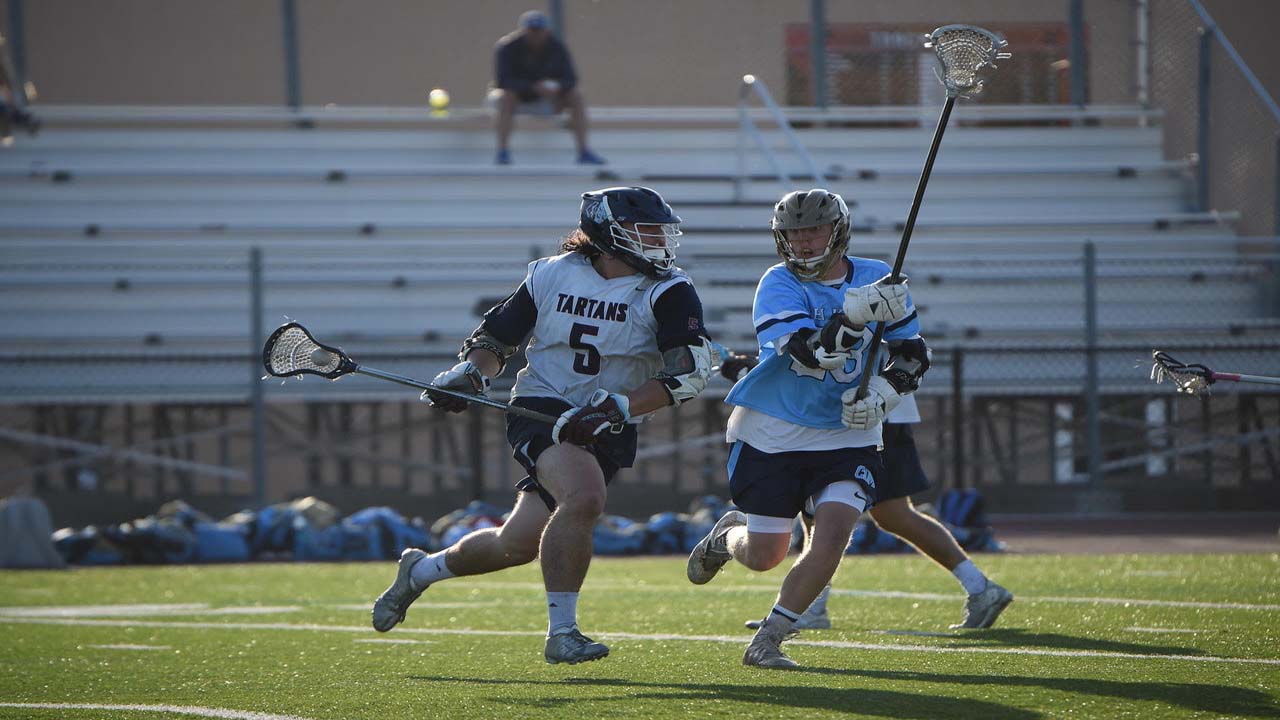 It’s the second Wednesday in May. And in Orange County that means it’s time for Wednesday Lights.  Maybe for the last time.  If lacrosse becomes a CIF playoff sport as expected next year, the current post-season format, which pits the Orange County champion vs the Los Angeles champion and has brought some much excitement to the game, will be gone forever in favor of the CIF format.

More on that at another time. For now, let’s focus on tonight.  Foothill vs. St. Margaret’s in the boys lacrosse championship game for the second year in a row.  Last season it took two overtimes to decide the winner.  Tonight may be just as exciting.

Style wise both teams like to play fast. Foothill has always played pressure dee and push-that-pace lacrosse. St. Margaret’s has gone faster the last couple years. No packed in zone teams in this final. Gotta play to win to get titles.

Troy Hofer and Easton Babb both know how to finish.  They continued there productive playoffs with four goals for Hofer and two goals, one assist for Babb vs Trabuco Hills.

Another Foothill threat who likes to step up in the big moments is a player we failed to mention previously, Riley Ahern. The senior has plenty of big game experience and Coach Fox knows he can depend on him. Crafty kid, plays like scrappy point guard and sticks his open looks in the goal. Ahern teams up with Roman Pistone, Chad Dupre and Destry Burton to give the Knight midfield depth that could cause matchup problems for the Tartans.

The Knights will counter that depth with the close dee unit of Langston Sholl, Shane Dzwilewski and Jason Garret, LSM Duke Ballard, shortie dee middie Nico Vorzimer and goalie Zane Handy .
When that group brings their A game, the Tartans are very tough to score on as evidenced by holding Corona del Mar to just one goal in the second half.

Foothill likes to ride hard and that could cause problems for the Tartans who didn’t exactly clear the ball with precision vs CDM on Saturday. But I’d expect coach Miles and his staff to clean that up this week.

On offense for St Margaret’s it was the usual cast of characters on Saturday. Koa Todd had maybe the beast mode move of the year, bull dodge, step back to 11 yards, get good look at the goal and throw high heat top left corner for a goal. Not to be outdone, Kevin Groeneger got under the defense and at about 3 yards from crease he got back upfield into a slide, created angle and scored from 5 yards out.

Nate Sanchez should get shots against Foothill as should Cooper Barkate, the talented freshman.

Foothill is traditionally not afraid to take penalties so keep an eye out on man up percentage for the Tartans.

The Foothill Defense was excellent once again Saturday. Josh Anderson, Zach Yourstone and Caden Salked held it down and pushed transition. Freshman LSM Easton Jellerson LSM scored on a nice cut to the goal and dunk. Once again, match ups are anyone’s guess for tonight. In goal, Joey Garcia can be a game changer. He could be sitting on a big game.

Stu Pollard has been dominant at the faceoff X all season. The senior will be amped no doubt. Foothill will have a few players taking draws but Justin Nakamura has been the man lately, he’s done a nice job.

Fan advantage?…..Foothill is much bigger school, but St Margs student section is loud and proud. Lets bring that noise OC lax fans, advantage to be determined on game night. Draw until the opening whistle.