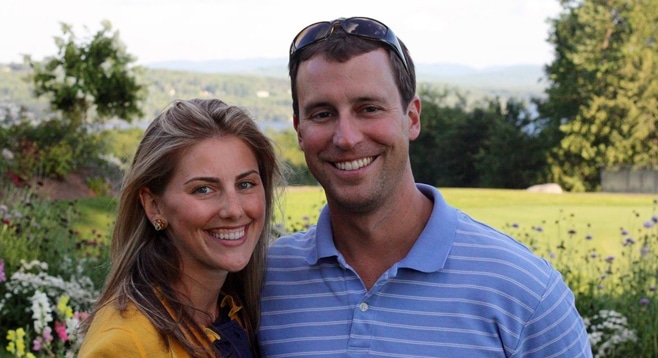 Former Dominican University head coach Ned Webster has stepped down to take the coaching job at University of California Berkeley, which says a lot about the state of the collegiate game, and has many parents of young Orange County lacrosse players wondering if their sons will soon will be able to stay on the west coast while playing Division 1 lacrosse.

“Coach Webster comes to Cal after nine years as Head Coach for Dominican University. During his tenure at Dominican, Coach Webster transformed a winless club into a nationally ranked NCAA program, led his team to back-to-back WILA Championships in 2013 and 2014, and was twice named WILA Coach of the Year. Coach Webster managed all aspects of the Men’s Lacrosse program including recruiting, player development, scouting, competitive strategy, fundraising, and program development.”

There is one interesting detail behind coach Webster’s hire are interesting: he will be the first full-time head coach at Berkeley in their 50 year history.

Why is this significant? Many fans of west coast lacrosse love to speculate every off season about which MCLA west coast team will be the first to make the jump to NCAA Division 1.   While hopeful Orange County lacrosse players and parents focus on team that that fit the University of Michigan mold –  a combination of MCLA success, football success,  and supporting athletic programs/alumni.  Certainly Cal fits this profile and Webster’s hiring is great fuel for the fire.  Athletic Directors, however, are also looking at costs, Title IX constraints, and geographic proximity. Costs and geographic proximity are related.   The cost to fly across the nation to play half your games is cost prohibitive, and getting teams to fly from Maryland to California for a single game against a fledgling program makes for scheduling nightmares.

Although NCAA-transition speculation is always fun and the Webster move has an abundance of supporting circumstantial evidence, MaxLaxOC.com’s CJ Jacobs caught up with Webster and learned that Division 1 lacrosse does not appear to be imminent at Cal.

“In reality going D1 comes down to Title IX.” says Webster “Although there is always the talk of who will go D1, that is not what drew me to Cal.”  This brings up the counter-intuitive idea that a coaching position at the MCLA level might be more attractive than an NCAA school. “I was comfortable at Dominican, we only graduated four seniors this year and next season could have our best year yet…. [the choice] became between a great opportunity with Cal or stay at a program that I built from scratch…Looking down the line Cal was the type of place I wanted to be.”

So while the west coast will continue to wait for Division 1 lacrosse, the Webster-Cal association gives talented Orange County players with the right academic stuff another reason to stay close to home and play quality lacrosse for a quality coach.  Cal gives one of the best educations in the world for it’s students and is located in one of the most beautiful areas, tucked into the eastern shore of the San Francisco bay area. The school is also steeped in tradition, celebrating it’s 50th season this past year. “I immediately saw that there were great people around the program and after meeting with the alumni I knew they were the kind of people I wanted to be around…This could be the best lacrosse experience possible, you get the balance of academics and lacrosse that make for happy players and this is what I want to be able to provide my players”.

Webster has already started working towards his goals of building relationships with the administration in order to help players into the extremely difficult admissions process. His hopes for the future are to create a program that continually makes national tournament appearances by creating an environment for top athletes to come in and be effective right away.

He has done it before, transforming a Dominican team from almost nothing into a nationally ranked program. Having played at Boys’ Latin in high school and Notre Dame in college he knows what a top level program should look like. Webster was also the offensive coordinator for the MLL’s Dragons during their short stint in San Francisco.

It will be fun to watch the Berkeley program grow with such a great coach. If any OC players are interested in playing at UC Berkeley they should visit bearslax.org and fill our their player interest form