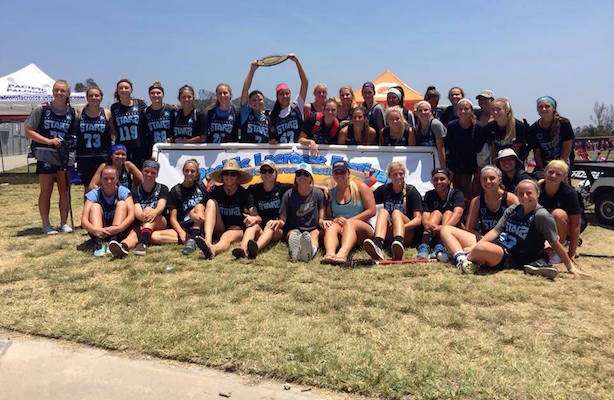 The West Coast Starz 2017 and 2018 girls lacrosse teams dominated Pacific Lacrosse Festival pool play with perfect 5-0 records.  The 2017s were awarded the championship based on goal differential.  The 2017s defeated Mad Dog, Pacific Falcons, Desert Heat Black, Victory Select 2019 and OC United Black by a combined score of 67-18 to finish on top of Pool B. The 2018s swept through Pool A, outscoring WCS 2019, Pacific Falcons 2017, Wave HS Open, Victory Select 2018 and OC United Silver by a combined score of 51-16.

Orange County players on the WCS 2017 girls lacrosse team include:

Go to http://pacificlacrossefestival.com/schedule-scoring-standings/ for scores and standings of the boys and girls 9U through High School Elite Divisions.

The Pacific Lacrosse Festival is regarded as one of the finest lacrosse events in the western United States. With over 100 boys teams and over 50 girls teams participating annually, this destination event has become a favorite among players, coaches and parents. Our team has worked hard to ensure that you have a first rate lacrosse and vacation experience. We want you to have a blast! Our goal is that you have an exceptional lacrosse experience and learn why we call San Diego, “America’s Finest City.”

In 2015 the Pacific Lacrosse Festival played host to 155 teams from 9 western states. Each team plays a minimum of five games in round robin and championship formats.