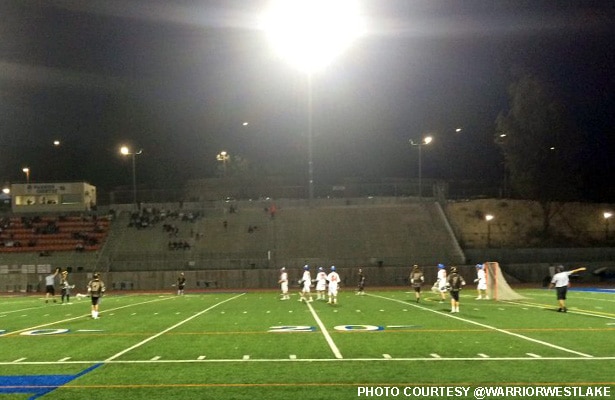 Spencer Tyoran (7g), Duke Cohen (5g, 4a) and Brett Reilly (4g, 1a) did most of the damage for Westlake (10-3, 5-2), which won its third in a row after consecutive one-goal losses to Oaks Christian and Thousand Oaks. The win re-establishes the Warriors as the favorite to win the Marmonte — four other teams are currently tied for second with three league losses.

With all that possession time, Westlake poured on the scoring. The Warriors led 6-2 after one quarter and 10-4 at halftime.

In addition to the offensive display by its three starting attacks, Westlake received contributions from middies Jacob Mannisto (1g, 3a), Joe Brandolino (2g, 2a), Nick Reilly (2g) and Stoddard (1g, 1a).