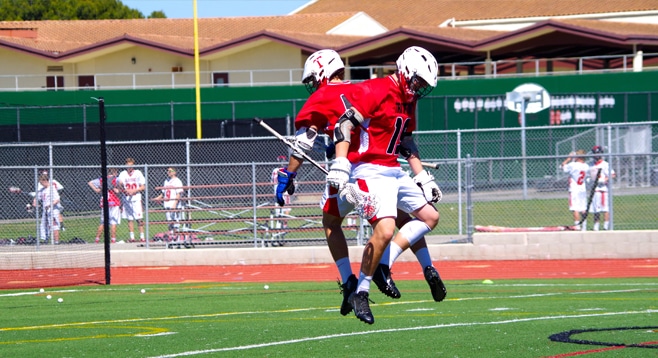 Acting like Democrats in a mid-term election, the MaxLaxOC.com fan base appear only mildly interested in excercising their right to vote. Nearly one week after the polls have opened, only 104 lacrosse fans have cast their votes and for the Week 2 Top Play of the Week. Nevertheless, Austin Streeter and his Around-the-World gem holds a narrow lead over the Mater Dei OT celebration, and Hayden Ruiz’s one handed goal.  With 17 first place votes, 17 second place votes, and 52 third place votes, Streeter’s average ranking of 7.96 (10 points for a first place vote), puts him less than one point ahead of Mater Dei with an average ranking of 7.41 and Ruiz with an average ranking of 7.08.  The Los Al girls’ double flip is sitting in fourth place with a 6.77 average.