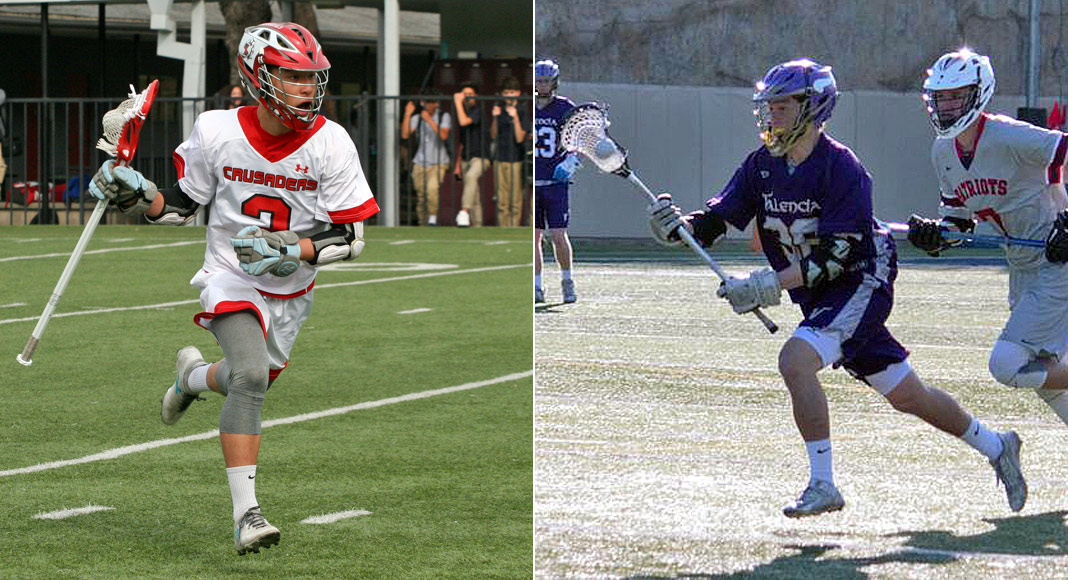 Village Christian and Valencia each defeated ranked opponents last week, and they were rewarded with enough votes to earn spots in the Top 20 of the Week 4 US Lacrosse/MaxLaxLA coaches poll. For the Crusaders, the ranking is another program first. For the Vikings, it’s the first time they’ve been ranked since Week 2 of the 2015 season.

Village Christian (6-2), in only its second season of CIF play, knocked off then-No. 12 Sierra Canyon and debuts in the rankings at No. 18. The Crusaders were voted as high as No. 12 on one ballot, and 11 coaches had them between 12 and 16 in the rankings.

Redondo Union dropped out of the rankings, along with St. Francis, which was ranked 19th but lost twice — to ranked Mission League opponents Crespi and Chaminade.

The top of the rankings held steady, with Loyola, Palos Verdes and Harvard Westlake finishing Nos. 1, 2 and 3 in the voting. Loyola received 25 of 27 first-place votes, with Palos Verdes receiving the other two.

Chaminade moved back ahead of Westlake into the No. 4 spot; Westlake only slipped one spot after losing to Agoura on Friday night. Oaks Christian and Agoura are Nos. 6 and 7.

Thousand Oaks dropped three spots but remains in the Top 20 at No. 17, despite falling to 0-9 on the season. The score for the Lancers’ scheduled Friday night game against Calabasas was not reported.