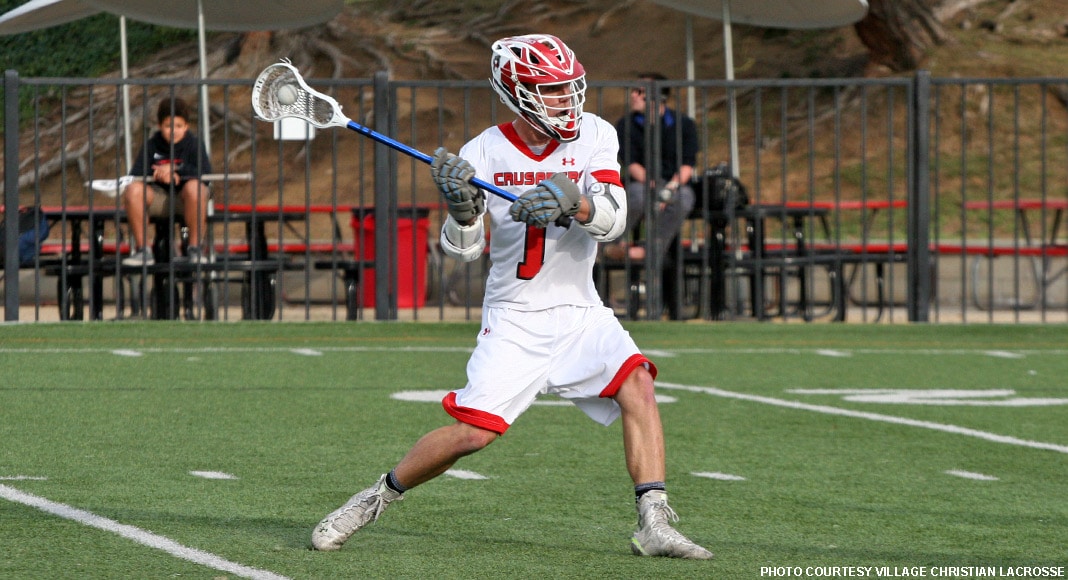 Kyler Konjoyan scored seven goals, and host Victory Christian jumped out to a 8-0 first-quarter lead and never looked back in a 21-5 win over Grace Brethren.

The Crusaders (4-2) have scored 20-plus goals in three of their four victories and 18 in the the other win. However, in both games Village has played against teams ranked in the US Lacrosse MaxLaxLA coaches poll, the Crusaders have been held to single digits and lost, 10-7 to No. 11 Crespi and 9-5 to No. 15 St. John Bosco, both on the road.

Still, when Village Christian gets its offense rolling, the Crusaders can score in bunches, and with sophomore Matthew Walz winning 26 of 28 face-offs Tuesday, they were rolling. Junior Tanner Canfield scored four goals, senior Griffen Rodas had three goals and two assists and Walz scored three goals.

Village plays at Hart on Monday before facing another stern test Wednesday with a game at No. 13 Sierra Canyon.