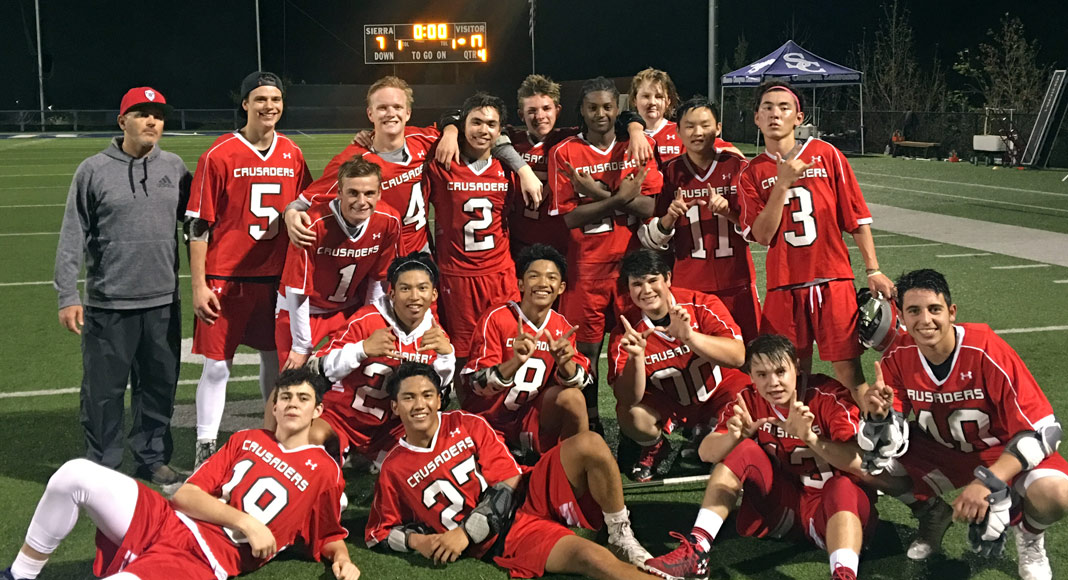 High-scoring Village Christian, in only its second season playing CIF lacrosse, registered its most significant victory to date Wednesday, traveling to Sierra Canyon and beating the No. 12 Trailblazers 17-7.

The Crusaders (6-2) had lost to previous games against ranked opponents, 10-7 at Crespi and 9-5 at St. John Bosco. But they left little doubt Wednesday that they’re at least deserving of some consideration when coaches mark their Top 20 ballots this weekend.

Senior Harrison Woo scored five goals for Village Christian, getting the Crusaders off to a fast start. They led 3-1 after one quarter and 8-6 at halftime. Junior Kyler Konjoyan led the visitors with six goals and two assists, and senior Griffin Rodas had two goals and three assists. Two of those assists went to his brother, freshman Donovan Rodas (2 goals).

But it was the work of sophomore face-off middie Matt Walz that might have been the difference-maker, keeping the ball in the hands of the Crusaders’ offense, which averages 16.6 goals per game. Walz won 21 of 28 face-offs Wednesday, even taking one of them all the way for an unassisted goal.

Sierra Canyon (5-1) lost for the first time this season. The Trailblazers previously had posted a one-goal win over Crespi, an overtime win over Peninsula and a two-goal win over West Ranch.