No. 15 Village Christian Handles No. 18 Valencia 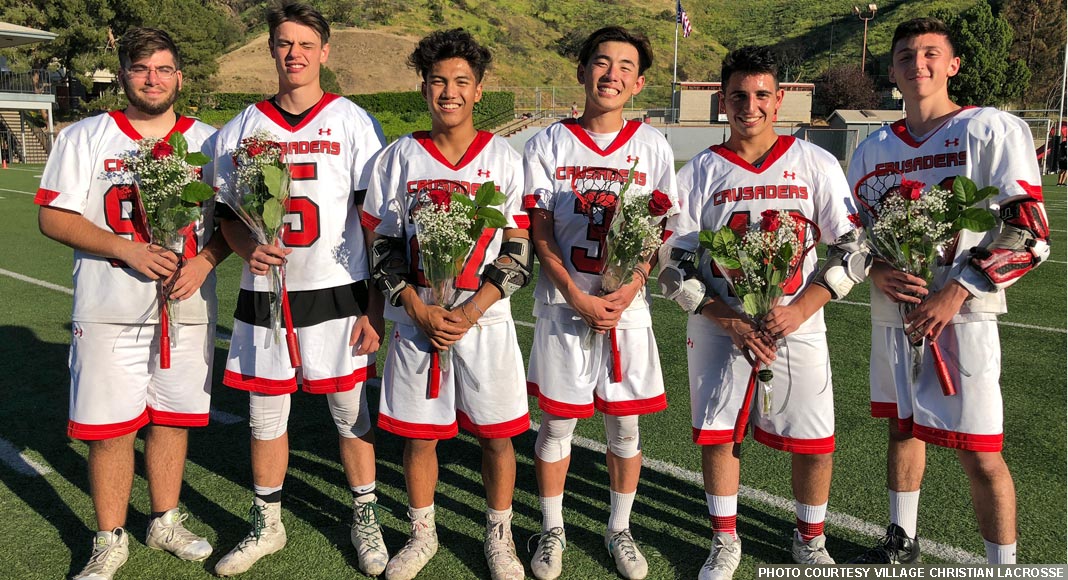 It was the 10th consecutive win for the Crusaders (12-2), who now are 3-2 against teams ranked in the US Lacrosse/MaxLaxLA coaches poll. Village lost early on to Crespi and St. John Bosco but since has beaten Sierra Canyon, West Ranch and Valencia.

The No. 15 ranking, the winning streak and three Top 20 wins put the Crusaders squarely on the bubble for a possible berth in the 16-team US Lacrosse Southern Section LA playoff tournament that begins Tuesday. At the very least, they should be a candidate for a top seed in the eight-team Invitational Tournament that starts Wednesday.

Against the Vikings (7-8), who lost their second in a row since knocking of St. John Bosco on April 11, Village took a 6-3 halftime lead and carried a 9-5 edge into the fourth quarter before pulling away to win.

Konjoyan led the Crusaders’ offense, with plenty of help from Griffin Rodas (2g, 2a), Tanner Canfield (2g, 1a) and Harrison Woo (1g, 2a). Konjoyan now has 78 goals and 17 assists for 95 points on the season, putting him within striking distance of the century mark.

Valencia has one regular-season game remaining against neighborhood rival No. 20 West Ranch (5-7) on Saturday.