Village Christian Beats Glendale for 7th in a Row 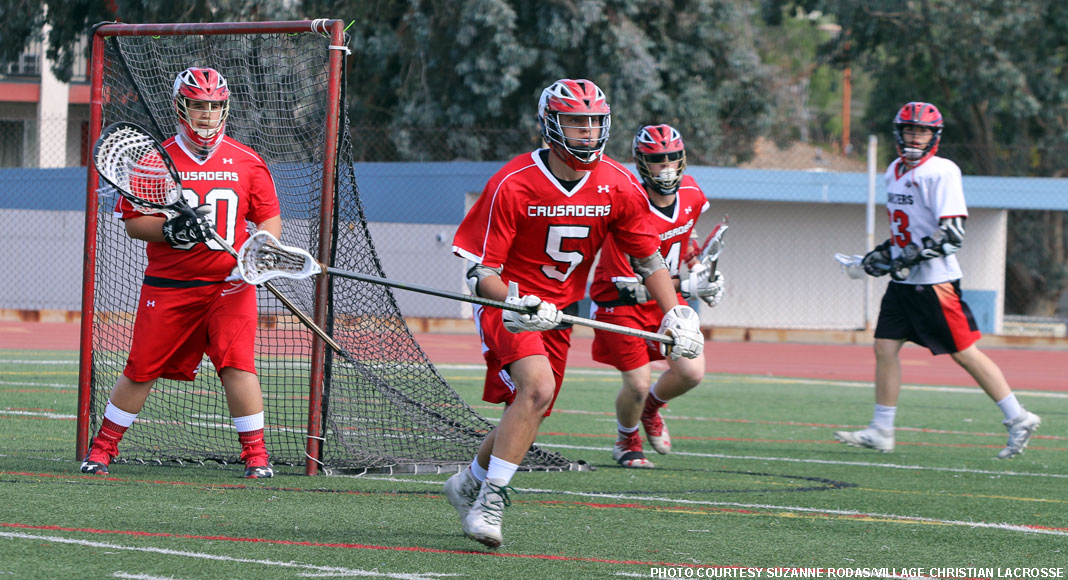 No. 17 Village Christian shut out visiting Glendale in the first quarter, built a 9-2 halftime lead and cruised to a 19-9 victory Monday, stretching its winning streak to seven games.

Sophomore face-off middie Matthew Walz sparked the Crusaders, winning 28 of 31 face-offs. That put the ball in the hands of Village’s prolific offense, which went to work on Glendale.

The Crusaders (9-2) play at Grace Brethren in Simi Valley on Tuesday, then prepare for back-to-back games next week against Top 20 teams West Ranch and Valencia on April 24 and 25.

At No. 17, Village Christian sits squarely on the bubble for the 16-team US Lacrosse LA championship tournament but could be in line for a high seed in the eight-team invitational tournament. Playoff berths and seedings will be determined by the selection committee and announced Sunday, April 29.