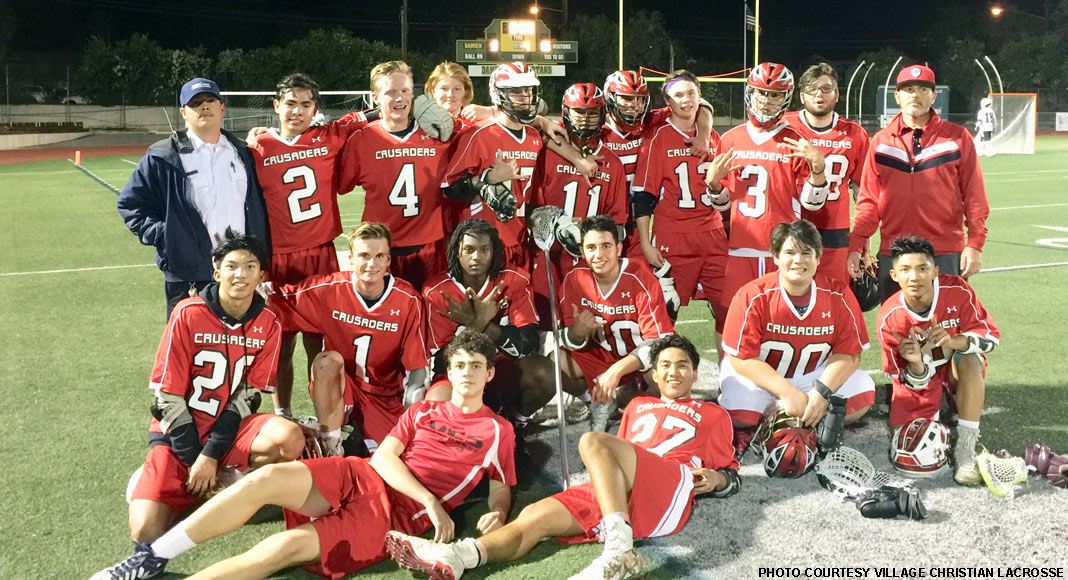 The Crusaders (7-2) average 17 goals per game and have been held to single digits only twice, in losses to Crespi and St. John Bosco. Against Damien, they jumped out to a 5-2 lead after one quarter and hit double digits in the third. They led 14-7 heading to the fourth quarter.

Five other Crusaders scored in the game, led by senior Harrison Woo (3g, 2a). Freshmen Will Markel and Donovan Rodas also scored three goals each, senior Griffin Rodas had a goal and an assist, and sophomore Miles Chun (1g, 1a), junior Tanner Canfield (3a), sophomore Lance Smith (1a) and Walz (1a) also contributed to the offense.

Each of Damien’s previous three losses were by two goals or less. The Spartans head to spring break now and return April 12 at Martin Luther King in Riverside.

Village christian was schedule to visit Calabasas on Thursday, but the game was announced as cancelled. The Crusaders return to the field April 11 at home vs. Royal.