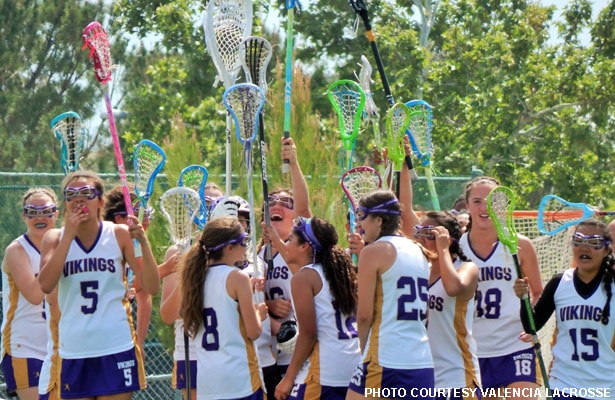 Valencia traded goals with a tough Crescenta Valley team for the first 15 minutes before the Vikings opened a 5-3 lead late in the first half. They would never look back in posting a 10-8 victory over the No. 19 Falcons.

Valencia used a high-pressure defense to feed their high-octane offense, which unleashed 35 shots on the opposition. The Falcons saved 10 of those shots.

The Falcons cut the lead to one with a minute remaining in the half before the Vikings answered early in the second half with two quick goals to stretch the lead to 7-4. They maintained a steady 2-3 goal lead over the final 23 minutes. The Falcons made a buzzer shot to end the game with Valencia on top, 10-8.

The Vikings have won three consecutive games and four of their last five and are 4-2-2 on the year. Their playoff hunt continues Friday when they host Louisville at 4 p.m.