VIDEO-Santa Margarita Top HB in Game of the Week 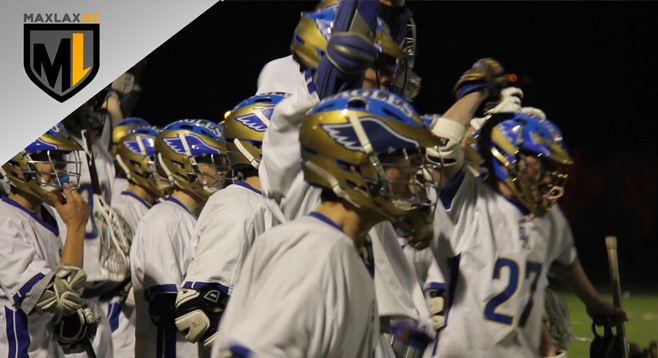 This season’s first MaxLaxOC.com Game of the Week was set up to be a thriller as two top-10 ranked teams faced off under the lights at Santa Margarita Catholic.

Huntington Beach came into this matchup with an edge in the Week 1 Rankings but were upset by a very complete Santa Margarita team, with the Eagles posting a convincing 16-6 win.

SMCHS came out firing and scored the first three goals of the game and never looked back. With quick ball movement and solid offensive possessions, the Eagles were able to successfully frustrate the Oilers who started forcing the ball to the crease early. The few times they were able to find the open man on the crease, Eagles goalie Max Vought seemed to come up with doorstop save after doorstop save.

Huntington Beach may have been caught with early season rust (it was Huntington’s first game of the season) but even if this was the case, credit has to be given to the Eagles for playing an extremely balanced and complete game: minimal failed clears, penalties, and unforced turnovers.