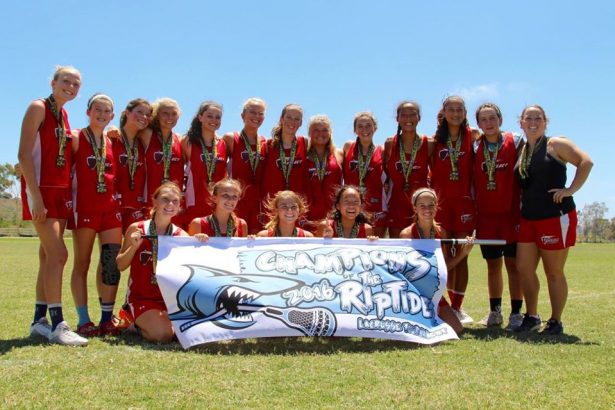 Victory Select 2020 stormed through the girls U15 division with a perfect 5-0 record this weekend to capture the Riptide championship. Pool play wins over LA Wave, 3d Oregon 2020, and the Pacific Falcons put Victory Select into Sunday’s championship round. A 9-1 win over the Los Angeles Aces set up a rematch against the Falcons in the championship game. Victory Select prevailed 12-10 in the final game to earn the title.

About the Riptide Lacrosse Tournament Hosted by 3d Lacrosse

The second annual 3d Riptide lacrosse tournament was hosted by 3d Lacrosse begins and ran from Friday July 8 throught Sunday July 10. Nearly 100 boys lacrosse and girls lacrosse club teams from throughout the West competed in the event. All games were played at the Del Mar Polo Fields in Del Mar, California.

Games consisted of two 24-minute running halves with a 2 minute halftime. 10 minutes in between games. Tie games were setteled by a one 4-minute, sudden victory overtime followed by braveheart when necessary.