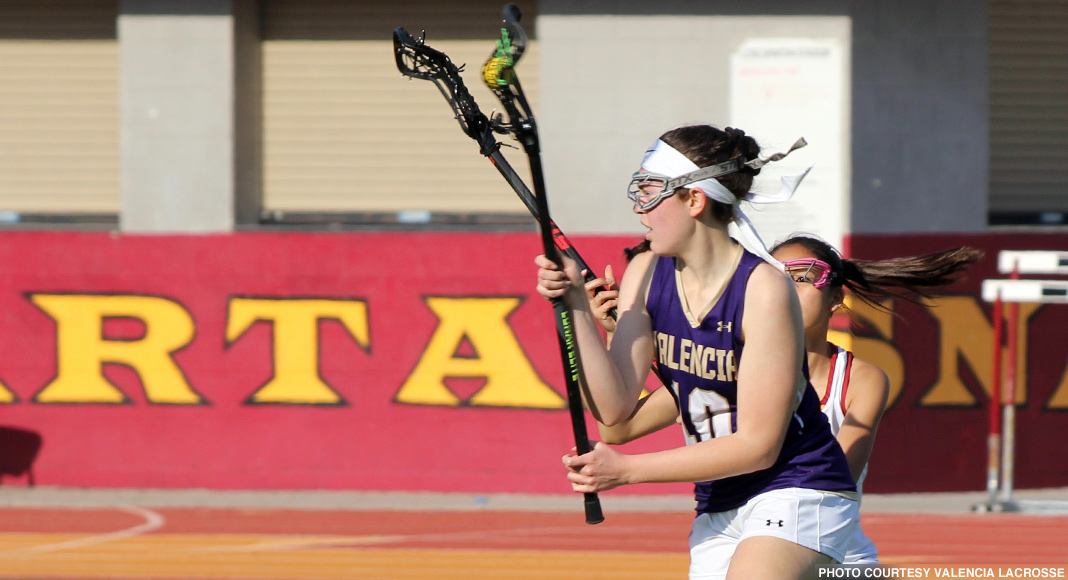 The Valencia girls lacrosse team jumped on host La Canada early Monday and went on to record a dominating 18-3 victory.

Taking possession off of the opening draw, the Vikings scored quickly on a pass from Kat Lin to Sydney Sullivan, who netted her first of two goals on the day. Valencia scored five more times before La Canada found the net to make it 6-1, and the Vikings tallied five more unanswered goals to take an 11-1 halftime lead.

The second half was played with a running clock as the Vikings continued to hold possession for most of the game, allowing only eight shots on goal while firing 27 of their own. For the second consecutive game, four Vikings recorded hat tricks — Lin led the way with four goals, and Lea Hwang, Jenny Elliott and Katie von Mecklenburg each scored three.

Von Mecklenburg also won 13 of 18 draws, and senior goalkeeper Marissa Hasseman made five saves for the Vikings while also intercepting two passes in front of the Vikings net to thwart offensive opportunities.

The Vikings, who sit just outside the Top 20 in the latest coaches poll, improved to 7-2 on the season. They take the field at home Wednesday against No. 12 Oaks Christian, then face No. 16 Birmingham at home Friday before heading into spring break.

Information and photo for this report were contributed by Valencia Girls Lacrosse.