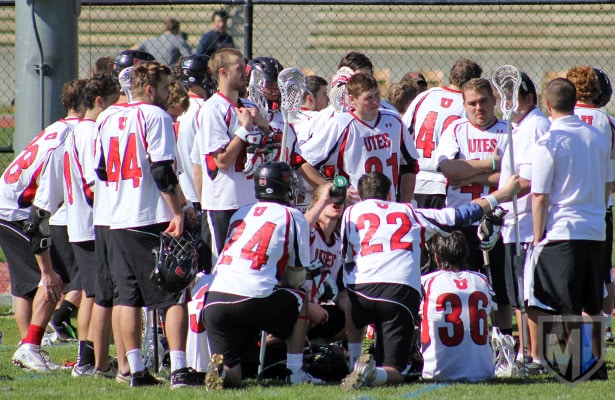 The University of Utah lacrosse team, an MCLA club, reportedly has hired former North Carolina assistant Brian Holman as its new head coach in what appears to be the first step in an effort to transition to playing at the NCAA D-I level.

Tuesday, an email from current Utah head coach Rick Kladis went out to Utes players and parents explaining the changes in the coaching staff. Kladis’ email said he will remain on staff as director of lacrosse operations. Further, the email said former North Carolina star Marcus Holman, the new head coach’s son, and former UMass All-American Will Manny, an assistant at Wagner the last two seasons, will join the staff as assistant coaches. Marcus Holman plays with the Ohio Machine of the MLL, and Manny plays with the Boston Cannons.

Inside Lacrosse reported that it has confirmed both Brian Holman’s departure from North Carolina and his hiring at Utah.

Kladis’ email said there are no firm plans and no timeline for Utah lacrosse to make the jump to NCAA D-I but said that is the eventual goal.

“We have a number of things we need to achieve,” Kladis wrote in the email, “but if we do reach those goals we are very confident that will be the next step, which we are hoping to be in the near future.”

Reports and rumors circulating since the weekend suggested that Utah would make the jump to D-I by either the 2019 or 2020 season. If the Utes become an NCAA D-I program, they will be the Western-most school playing at that level and the first Pac-12 school to add lacrosse as a varsity sport.

Utah lacrosse, a member of the Rocky Mountain Lacrosse Conference, annually visits Los Angeles to play in the Pac-12 Challenge at UCLA and usually schedules an additional game in the area, as well. A tweet from @ChapmanLaxCoach Tuesday said the Utes are scheduled to open the 2017 season against the Panthers in Orange. If all the reports are true, that would mark Holman’s debut as head coach.