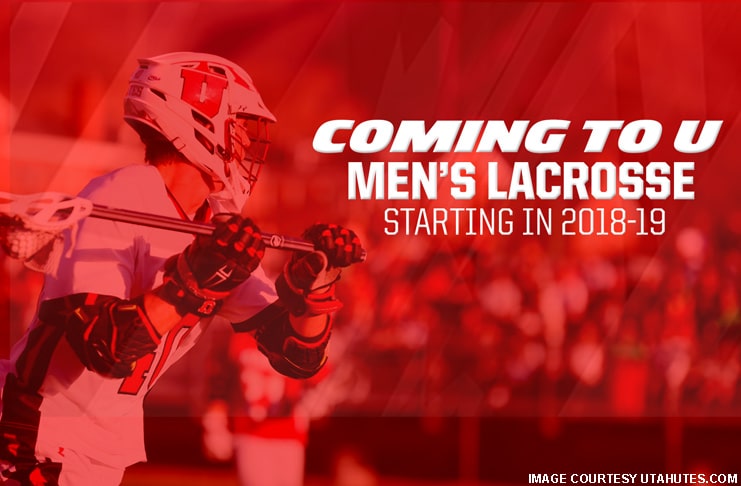 The announcement and timetable closely match the outlook coach Brian Holman shared with MaxLax last fall regarding the school’s potential move to NCAA Division I.

Utah becomes the first Pac-12 Conference team to add men’s lacrosse at the NCAA level and only the third school west of the Mississippi, joining the University of Denver and Air Force.

Men’s lacrosse is Utah’s first completely new NCAA sport since women’s soccer was added back in 1995. The Utes began fielding a beach volleyball team this past spring, drawing its members and coaches from the existing volleyball program. With the addition of men’s lacrosse, Utah will support 20 total NCAA sports — eight men’s and 12 women’s.

“A lot of research and effort went into our decision to add men’s lacrosse,” Hill said. “With several great club sports expressing an interest in achieving NCAA status, a working committee was formed to determine the parameters for adding a new sport. Among the factors considered were the potential impact on our other teams, financial self sustainability, compliance with Title IX and popularity in our community. Men’s lacrosse met those criteria. It is the first endowed program for University of Utah athletics. Nowadays, adding sports at the college level almost always requires an endowment, which resonated with the University-appointed committee.”

The program was endowed through a $15.6 million gift funded by an anonymous lead donor and other benefactors he enlisted. No state or university funds will be used to support the program.

Hill will retain Holman as head coach in the team’s move to NCAA status. A former eight-year North Carolina assistant coach, Holman helped lead UNC to the 2016 NCAA Championship before accepting the head club coaching position at Utah. Last spring, Holman led the Utes to a 10-6 overall record, the No. 1 seed in the Rocky Mountain Lacrosse Conference tournament and the No. 8 seed in the MCLA Nationals, where they lost to Chapman in overtime.

When it begins competing as an NCAA sport in 2018-19, the Utah men’s lacrosse team will play its games at Ute Soccer Field and will hold practices on the infield of the McCarthey Family Track & Field Complex. The lacrosse season, which typically consists of around 15 contests (approximately half of which are home games), begins in February and runs through May. Season tickets will go on sale in the spring of 2018.

The NCAA allows a maximum 12.6 scholarships for men’s lacrosse. Plans are for Utah to field a 40-man squad starting in 2018-19.