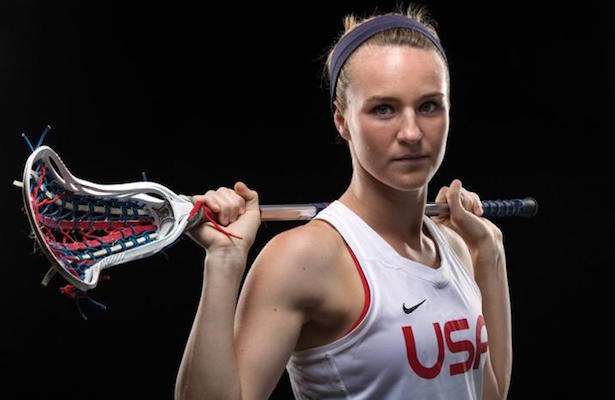 One of the top young women’s lacrosse players in the country will be playing in Southern California for the next four years.  USC Freshman Jackie Gilbert (Amador Valley High School) paved the way for future west coast players when she became the first Californian to represent the United States on a national women’s lacrosse team when she made the U-19 team in January. Gilbert then upped the ante when she was named a U-19 national team captain in July.

How good is Gilbert?  Well, LaxMagazine.com named Gilbert to their 15 freshmen who could make instant impacts at the Division 1 level and thinks the USC women’s lacrosse may be ready to breakthrough to the upper echelon of the game:

“USC, led by an all-star coaching staff of current and former Team USA members Lindsey Munday, Devon Wills and Alyssa Leonard, is on the brink of success after having a history-making 2015 season, docking their first NCAA tournament win. The Trojans only lost one starter, making for the best-case 2016 scenario of any 2015 NCAA tournament team, so who will fill that role? Could it be Jackie Gilbert, the first Californian to play for a national women’s lacrosse team? The do-everything freshman with experience competing as a silver medalist in the U19 women’s world championship is now bound to be a trailblazer at the college level.”