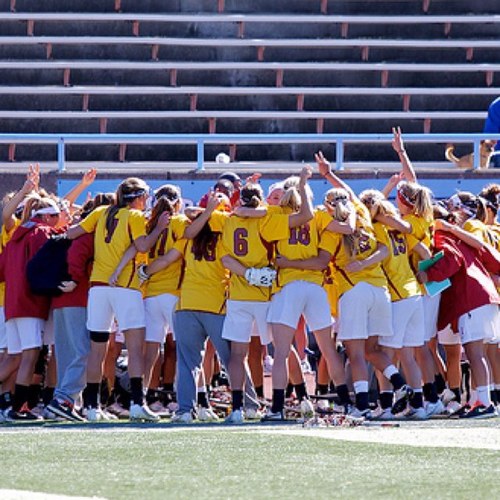 The USC women’s lacrosse team has been ranked preseason No. 3 in the Nike/US Lacrosse Top 20 poll. The Women of Troy placed behind North Carolina (No. 1) and Maryland (No. 2).

USC finished the 2016 season ranked No. 4 in the nation with an impressive overall record of 20-1. Their lone loss came in the NCAA Tournament quarterfinals at the hands of the Syracuse Orange, a 12-11 defeat.

Michael led the team with 68 goals on 96 shots on goal (.576 percent) last season. She is the first Trojans lacrosse player to be named an All-American by the Intercollegiate Women’s Lacrosse Coaches Association.

Johns led the nation in goals-against average in 2016 (6.04 gaa) and was All-MPSF and IWLCA All-Region. She led the team with 49 ground balls.

Drexel was also a second-team All-MPSF selection and was the Trojans’ second-leading goal scorer with 40 last year. She also had 18 assists, 25 ground balls, 24 draw controls, and 11 caused turnovers.

With high expectations heading into the season, No. 3 USC will open its 2017 campaign at home against Saint Mary’s on Feb. 11.