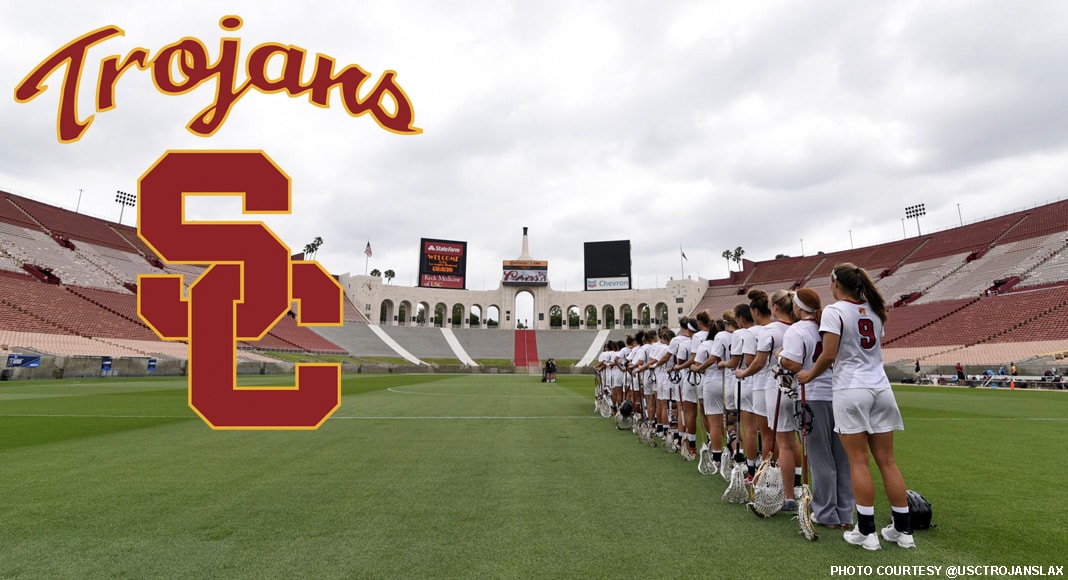 USC, which opens its season Feb. 10 at Virginia Tech, went 18-4 last year and reached the quarterfinals of the NCAA Championship Tournament before losing to eventual runner-up Boston College. The Trojans will face the Eagles at home March 6, one of four early season games against ranked opponents.

Defending national champion Maryland opens the season ranked No. 1 in the nation, and Stony Brook — USC’s opponent in the Orange County Lacrosse Showcase on Friday, Feb. 16, is No. 2. North Carolina, Penn State and Florida round out the top five teams in the preseason rankings by the coaches.

After facing Stony Brook, USC plays back-to-back road games at No. 15 Notre Dame on Feb. 23 and at No. 11 Northwestern on Feb. 25 before meeting No. 6 Boston College at USC’s McAllister Field on March 6.

For more on the Trojans, visit USCTrojans.com.